Welcome to the National Stem Cell Foundation of Australia’s bulletin on stem cell medicine and research in Australia.

This year, about 3,500 delegates from the global stem cell field will head to Melbourne for the International Society for Stem Cell Research 2018 Annual Meeting.

Hosting an international conference lifts the local profile of a scientific field. ISSCR 2018 will help to shine the spotlight on stem cell science in Australia—important at a time when new treatments are being tested and nearing the clinic and unproven treatments are being unethically marketed.

This is a rare opportunity for Australian doctors, patient advocacy groups, politicians and policy makers, and the broader public to hear sound science directly from leading stem cell scientists.

More than 180 speakers are on the program, discussing the field’s emerging science and hot topics, from stem cells in salamanders to gene editing to therapeutic eye patches. In this newsletter, we’ve included a preview of the conference program.

Each year, we provide grants for student and early-career researchers to attend Australia’s regional conference. With this year’s event doubling as the international scientific meeting, the 68 young grant recipients will get to hear from, and network with, the world’s best and brightest stem cell scientists. Read on for details.

One potential new therapy that’s been in the media this year is a stem cell treatment for pelvic organ prolapse, which affects an estimated one-in-four women, and around half of all women over 50 who have had children. This research is led by one of our board members Professor Caroline Gargett.

Professor Melissa Little and her colleagues have also been in the news, demonstrating in a pre-clinical trial that transplanted ‘mini-kidneys’ grown from stem cells can mature and filter blood. This work may lead to new treatment options for chronic kidney disease. Read on for more about Caroline and Melissa’s discoveries.

And Megan Munsie has won an international award for her work on public education and advocacy for better regulation of regenerative medicine. More below.

Work like that mentioned above, along with that of other stem cell pioneers such as Alan Trounson and the late Don Metcalf, demonstrate Melbourne’s leadership in stem cell science and why it’s a great city to host the international conference.

We look forward to seeing you there. 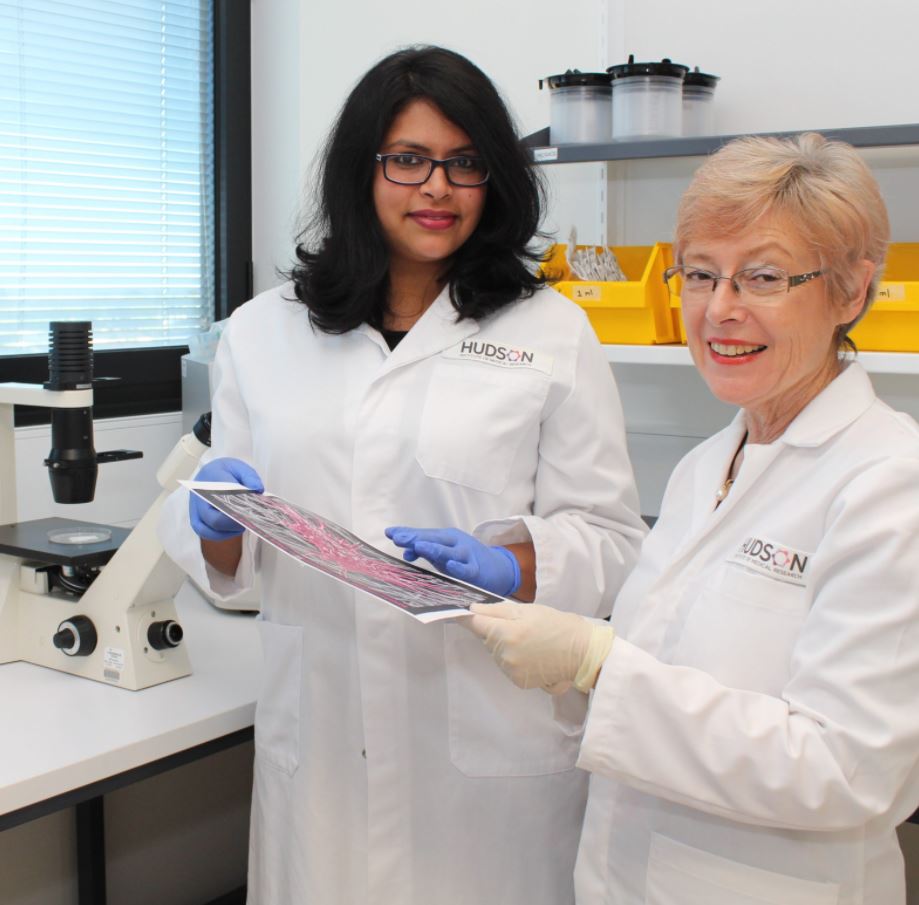 Stem cells—combined with a biomaterial growing environment they need—may offer an alternative treatment for the one-in-four women affected by pelvic organ prolapse.

Pelvic organ prolapse is a lifelong and potentially debilitating ‘silent epidemic’, mainly caused by the tissue damage experienced by mothers during childbirth and worsened by ageing. It was previously treated using transvaginal mesh implants, which were banned last year because of the risks to patients.

Caroline Gargett and her colleagues at Hudson Institute of Medical Research hope that stem cells from a woman’s own uterus combined with nanobiomaterials (biodegradable materials engineered on the nanoscale) will provide a safer, more effective treatment for pelvic organ prolapse as well as a non-surgical therapy soon after childbirth to prevent future prolapse.

The new approach is currently being trialled in animals. The research team hopes to start clinical trials in three to five years.

Unlocking the secrets of endometriosis

Caroline and her team have also had success researching another ‘silent epidemic’ affecting girls and women—endometriosis. This common and painful condition occurs when the lining of the uterus grows elsewhere on the ovaries, fallopian tubes or bowel, causing them stick to each other forming adhesions, causing severe pelvic pain, difficult periods, and infertility.

The researchers have found a unique marker that identifies the adult stem cells involved in the condition. Now they can find them, they can isolate them and study them further, which will help improve understanding of the disease and hopefully lead to better treatments.

The research was published in the journal, Human Reproduction.

A team of Australian and Dutch researchers have successfully built a mini-kidney from stem cells and transplanted it into a mouse where it has matured into tissue with blood vessels, which is capable of filtering blood.

The findings—recently published in the journal Stem Cell Reports—represent a step further on the long road towards making functioning tissue for the treatment of  chronic kidney disease.

“The fact that we can make kidney tissue from human stem cells and have this develop into mature kidney tissue after transplantation is a very promising step towards developing this further for treatment,” says Melissa Little from the Murdoch Children’s Research Institute.

Untreated, chronic kidney disease leads to kidney failure, and is often called a ‘silent killer’. One in 10 Australians are expected to show signs of the condition by 2020, but only 25 per cent of patients will receive a kidney transplant.

Melissa and her colleagues have pioneered kidney ‘organoid’ research. Not only have they developed ways to coax stem cells into developing into the different types of kidney cells, they’ve also succeeded in getting the cells to self-organise into the structures and systems needed to function.

These functioning mini-kidneys are useful in the lab for studying kidney function, kidney diseases, and testing therapies.

It’s important research, given that chronic kidney disease cases are rising in number by six per cent per annum, and the treatment options—dialysis and/or a kidney transplant—are a heavy burden.

Stem cells in plants, the axolotl genome, disease research, and therapeutic eye patches are on the agenda when the ISSCR 2018 Annual Meeting heads to Australia 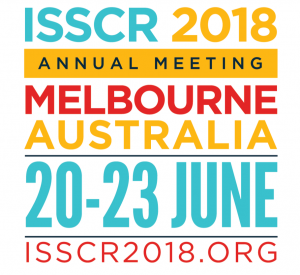 Rebecca Lee is a young researcherexploring how the build-up of sugar affects stem cell development in the brain in people with the debilitating Sanfilippo syndrome—a genetic disorder that causes progressive mental and physical deterioration in children.

The PhD candidate from the University of Adelaide will be joined by international experts in gene editing, skin regeneration, the axolotl genome, and more when the annual scientific meeting of the International Society for Stem Cell Research (ISSCR) is held in Melbourne this June.

“I work with multiple cell types, so an international conference is a really good opportunity to talk to a wide range of researchers,” says Rebecca.

Liver stem cell researcher Ken Woo is looking forward to hearing from American biochemist Jennifer Doudna who was a major player in developing the CRISPR-Cas9 genome editing tool, which has revolutionised and simplified gene editing.

Rebecca and Ken are two of 68 students and early-career researchers from around Australia who have received travel grants to attend the ISSCR conference through the Foundation’s Young Investigator Awards program, run in partnership with the Australasian Society for Stem Cell Research. The Foundation provides funds to contribute to flights and registration costs. Many of the grant recipients would not be able to attend the conference without this support.

Ken, who is based at the Harry Perkins Institute of Medical Research, says that grants to attend this and past conferences have helped overcome the challenge of Perth’s distance from Australia’s other research centres.

“The awards have enabled me to get a good overview of the different stem cell research that is happening in the country and network with the researchers attending,” he says.

Rebecca is particularly excited to attend the conference, as she’s in the final year of her PhD.

“I’m thinking about the next stage of my career, so the opportunity to talk to a wide range of researchers and make connections is hugely important.”

ISSCR 2018 also includes a special session at Walter and Eliza Hall Institute for doctors and other health professionals, discussing current therapies and those moving toward the clinic. 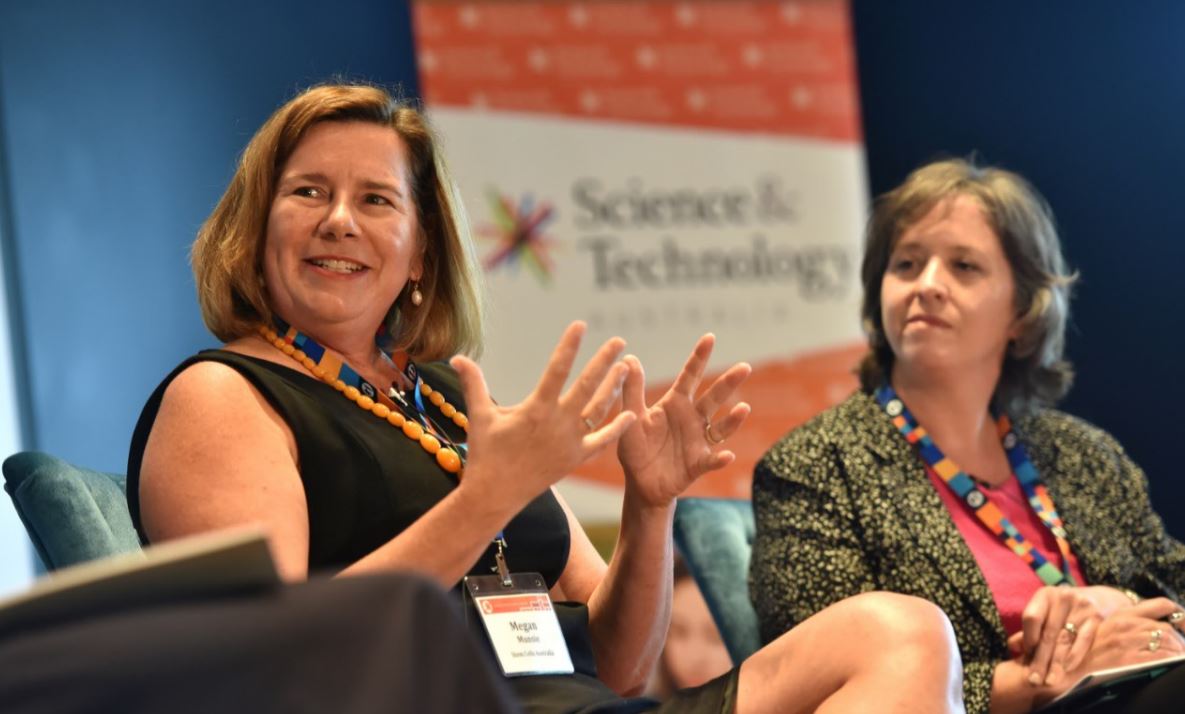 Associate Professor Megan Munsie has been recognised for her work promoting public understanding of stem cell science and regenerative medicine and advocating for better public policy and regulation of its use.

Megan, a researcher at the University of Melbourne and Stem Cells Australia, will formally receive her award at the ISSCR 2018 Annual Meeting.

Late last year, Megan was among 20 people nominated for the Knoepfler Lab 2017 Stem Cell Person of the Year, in part for her advocacy for the responsible use of stem cells and regenerative medicine technologies. She was voted by stem cell science enthusiasts into the top ten.

In February, she was a panellist at Science meets Parliament in Canberra, where she shared her experiences of talking to the media and policy makers with 240 fellow scientists.

Megan is a frequent media commentator on stem cell issues. For example, she was interviewed on Life Matters on ABC Radio National about the lure and pitfalls of stem cell tourism, and talked about stem cell therapies on the ‘GP Show’ podcast to help educate doctors and other health professionals on regenerative medicine’s current state-of-play.

Here are a few of the stories we’ve shared recently:

Brisbane Times: Professor's work in repairing spinal cord injuries nothing to sniff at.

Forbes: ‘I work with stem cells. Here's why I won't be injecting them into myself.’

Futurism: “Intestine-Chip” could help patients with diseases like Crohn’s. Paper.

Futurism: We can now use stem cells to grow functioning kidney tissue. Paper.

The Boar: Is alcohol causing cancer?

ABC The Science Show: Why stem cells decline as we age.

The Conversation (USA): How rejuvenation of stem cells could lead to healthier aging.