In 2011, journalist Chris Kimball noticed he was losing weight, along with other odd symptoms. The 35-year-old father of two young children found out he had an unusual and aggressive form of non-Hodgkins lymphoma, a cancer of the lymphatic system. And it was severe. It had spread to multiple lymph node sites, other organs and his bone marrow. 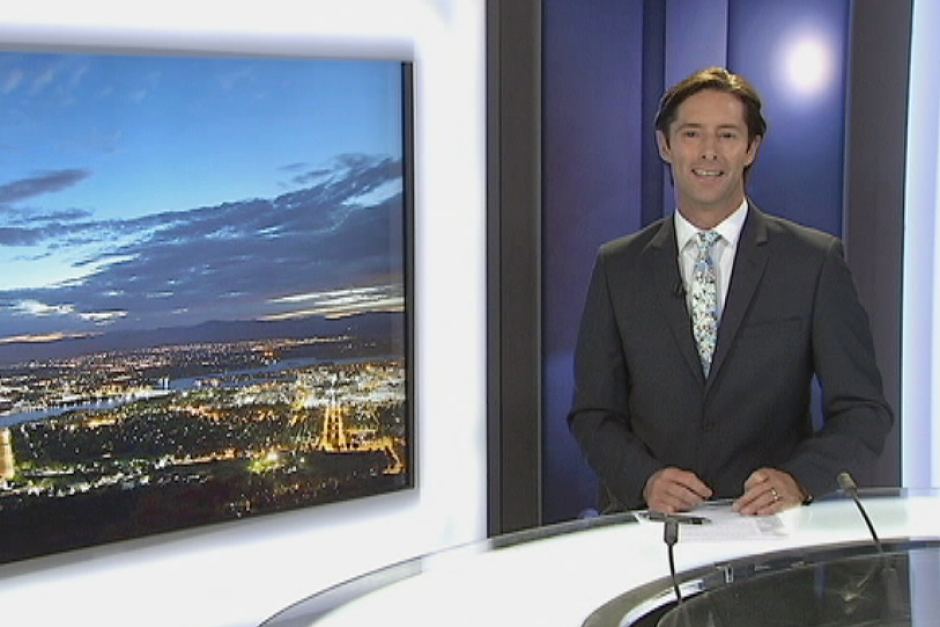 Within a week, Kimball had started treatment. He would need an intensive, brutal regime of chemotherapy followed by a bone marrow transplant to rebuild his immune system from scratch using donor stem cells from his brother.

Kimball’s road to recovery involved pain, fear, uncertainty, and several weeks in an isolation ward to protect him from infections.

“I don’t think you can under-estimate how full-on that process is,” he says.

“When you spike a fever and you have no immune system, it’s scary. It is the worst moment of your life and you’re completely isolated, waiting for that moment when you can start having some protection.”

Gruelling as Kimball’s treatment was, it would have been even tougher without a glycoprotein called granulocyte-colony stimulating factor (G-CSF). G-CSF stimulates the bone marrow to produce stem cells, white blood cells and other blood cells, and releases them into the bloodstream.

Forty-odd years ago, a life-saving bone marrow transplant or round of chemotherapy treatment often resulted in a severely weakened immune system and a lengthy hospital stay to avoid or treat potentially deadly infections. Bone marrow donation for transplantation was also a demanding process that required a painful operation under general anaesthetic.

These days, things are easier for bone marrow transplant recipients and donors, as well as some other kinds of cancer patients undergoing treatment, because of the work of Don Metcalf, who died in 2014 at the age of 85.

Blood cells only live for a few weeks. Bone marrow, the spongy tissue inside hollow bones, is the body’s blood-making factory, replenishing the body with about 10 billion new blood cells every day. Blood cancers, such as leukaemia, arise when a mutated cell in the bone marrow begins to divide uncontrollably. Leukaemia often causes the production of large numbers of immature white blood cells that don’t fight disease properly.

Similarly, lymphoma is a cancer that starts in the lymphatic system and produces large numbers of abnormal lymphocytes, a type of white blood cell.

Dr Christopher Juttner, a retired clinical haematologist and past Director of the Foundation, says the contribution of the four types of colony stimulating factor, particularly G-CSF, to both bone marrow transplantation and chemotherapy has been huge.

“It allows people to be treated with more intensive chemotherapy without getting into trouble with long periods of low neutrophil counts – the family of white cells that defend against bacterial infection,” explains Juttner.

“G-CSF makes the period with low white blood cell counts after bone marrow transplantation and after chemotherapy shorter. Patients are much less likely to get infections, or if they do G-CSF can be brought in and they can recover enough for their next treatment.”

This was Kimball’s experience. It was the middle of the year when he was diagnosed, and his disease was well advanced, making treatment a race against time. “If I hadn’t been diagnosed when I was I wouldn’t have been around at Christmas.”

Kimball had G-CSF mid-way through his first treatment cycle, which involved eight rounds of chemotherapy.

“G-CSF treatment was explained to me as a way of giving your white cell count a boost so that your system could tolerate more chemo and try to get the disease under control so that they could consider the bone marrow transplant process after that,” says Kimball.

A wee history of discovery

Don Metcalf discovered colony stimulating factors in the early ’80s. Juttner explains what a feat this was.

“Don’s discoveries were done in an incredibly onerous way; the modern tools of molecular biology weren’t around then. Initially he purified these factors from huge amounts of urine! There were buckets in the lavatories in WEHI asking everyone to wee into them to get litres and litres of urine to extract tiny amounts of these growth factors, which was done with old-fashioned chemistry.”

He was originally assigned laboratory space in the animal house at WEHI. Surrounded by 10,000 mice and allergic to their fur, he spent eight years doing pioneering research with a runny nose.

In late ’80s and early ’90s, Metcalf and his colleagues showed that G-CSF treatment was able to induce stem cells to come out of the bone marrow into the peripheral blood (the blood that circulates around the body). This makes them much more accessible for transplantation. Juttner, a haematologist working on peripheral blood stem cells, was involved in these studies.

He says a typical bone marrow transplant using peripheral blood stem cells with G-CSF sees neutrophil levels recover in eight to 10 days, compared with 18 to 25 days in the early days of bone marrow transplantation. Platelet levels also replenish much faster. With chemotherapy, depending on the specific type, G-CSF makes the neutrophils come back a week to ten days faster than they would otherwise.

“Which means there’s a much lower incidence of infection and a better chance of survival.”

Millions of people have benefited from the treatments Metcalf pioneered. Opera singer Jose Carerras of ‘The Three Tenors’ fame credits the CSF treatment he received in 1987 with saving his life from acute myeloid leukaemia. Señor Carreras visited WEHI in 1991 to meet Metcalf and thank him for his role in developing the treatment. 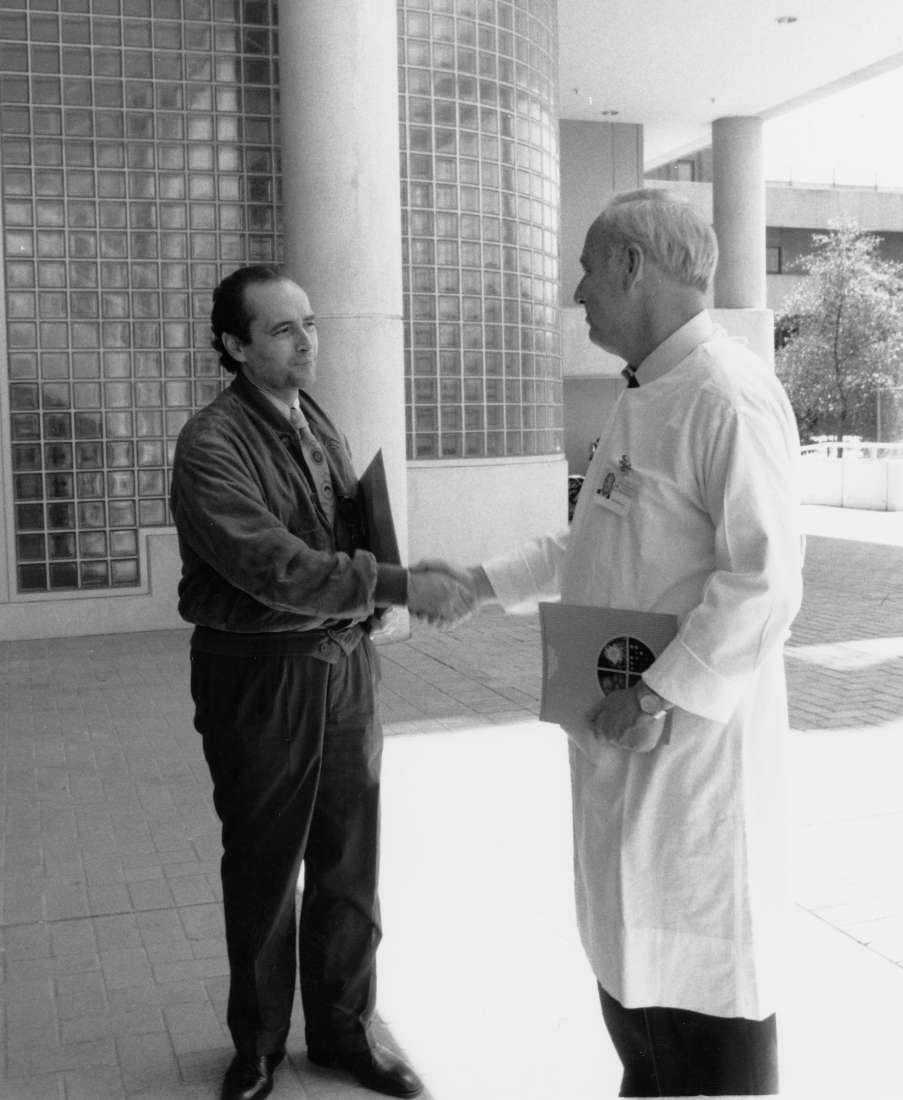 Bone marrow transplants can be brutal. Kimball’s gruelling chemo regime aimed to bring the lymphoma under control and get him transplant-ready with enough weight and general health to cope.

He found a compatible bone marrow donor match in his brother Sean.

“Sean had five days of G-CSF injections to stimulate the stem cells into his circulation  leading up to the harvesting.”

Kimball says the harvesting process was like dialysis. Blood was taken from Sean and put in a centrifuge to ‘spin off’ the stem cells before being returned to his system. It took several hours. The stem cells were then prepared for transplantation to Kimball.

“The actual transplant was a bit of an anticlimax,” says Kimball.

“They hook up this salmony coloured bag of the stem cells to your drip, in it goes and you’re off and running. There’s all this fanfare about transplant day, but afterwards you’re thinking ‘Is that it? Righto, I might go and watch a movie.’”

The road to recovery

Kimball’s disease had been severe. His recovery needed time in an isolation ward.

“The big thing is the fear. Your white cell count is zero; you’ve got nothing. You are desperately watching your numbers to see that first blip, that day when it says 0.001 and you know that it’s starting to bounce back.

“That period in between, I couldn’t see my family, couldn’t see my kids. You have this fear of copping a big bug that will kill you. And the hospital food. If the cancer didn’t kill me, the chicken schnitzel would have!”

“Anything that can make that period shorter or take away some of that uncertainty and fear is really important.”

One of Kimball’s haematologists later reflected that when he came into the transplant process, she felt he had a fifty-fifty chance of getting out alive.

“The toss of a coin: that was my chance of getting out of the isolation ward alive. Every day after your white cell count starts to climb, the odds move further in your favour.”

Kimball is in long-term stable remission. Before the lymphoma he was the presenter of the ABC’s 7.30 ACT program, and he’s now living in regional NSW and back working for the ABC developing the skills and potential of the network’s regional journalists. He’s healthy, playing football, surfing and having fun with his family. 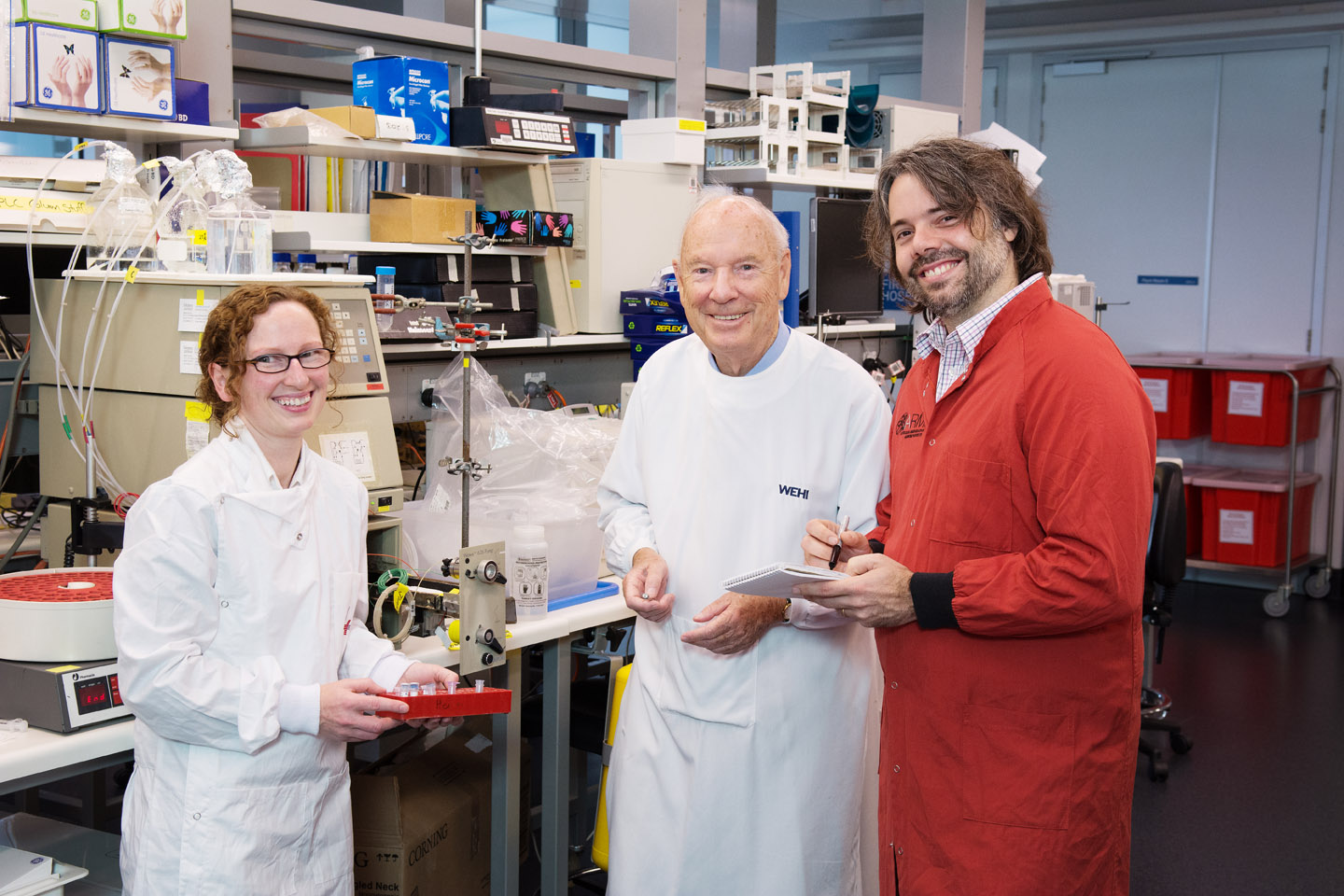 Juttner says Metcalf’s contribution to both pure science and the patient community is enormous. He authored more than 720 peer-reviewed publications and his work helped bring bone marrow transplantation to a stage where it can sometimes be performed on an out-patient basis.

“When we started doing bone marrow transplants in the ’70s nobody would have dreamt that would be the case. Many people feel he should have been awarded the Nobel. We used to talk about how bizarre it was that he wasn’t.”

His discoveries narrowed the window of vulnerability for people recovering from bone marrow transplants and chemotherapy as part of cancer treatment.

“He was delighted when I asked him if we could name the Foundation’s prize program for up-and-coming researchers after him. He was actually very moved, and I was surprised by that because he was such a gruff old guy.

“We had this hero, here in Melbourne. He made probably the most practical contributions to making stem cell therapies real of just about anyone.”