For a few short days after birth, the heart can regenerate damaged tissue. Enzo Porrello wants to understand why this ability turns off, so that he and colleagues can switch it back on to heal broken hearts.

Understanding regeneration could lead to new treatments for different types of heart disease, the world’s biggest killer, from birth defects to heart attacks late in life.

“I recently showed that the hearts of newborn mice can regenerate after a heart attack,” Enzo says. “But this self-healing ability rapidly diminishes in the days after birth.”

Enzo thinks there is a similar capacity in humans. He is using stem cells to recreate the development of the heart in the lab to study the processes and the genes involved in turning self-healing on and off.

He wants to develop drugs that can stimulate heart muscle cells to rebuild after a heart attack.

He is also part of a new consortium that aims to engineer new working heart tissue to treat children with heart disease, made from their own stem cells.

Associate Professor Enzo Porrello is Group Leader of Cardiac Regeneration at the Murdoch Children’s Research Institute (MCRI) and a Senior Research Fellow at the University of Melbourne.

In recognition of his leadership in stem cell research, Enzo Porrello has received one of two $50,000 Metcalf Prizes from the National Stem Cell Foundation of Australia. 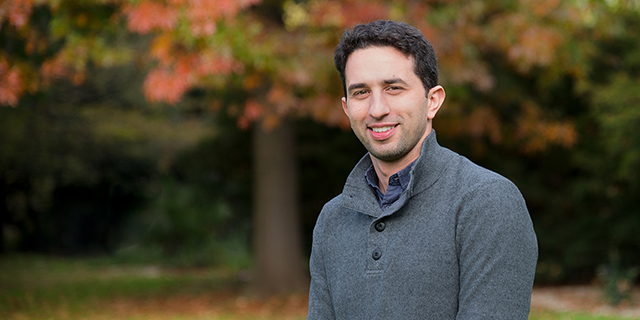 Animals such as zebrafish and salamanders can regenerate whole limbs and body parts if they’re severely injured. Humans aren’t so lucky: stem cells in bone marrow replenish our blood cells, and the skin and stomach lining are self-renewing, but we have limited ability to regrow organs.

The human heart is one of the least regenerative organs. Heart muscle cells, or cardiomyocytes, lose their ability to replicate and divide soon after birth. Most heart growth after birth comes from heart muscle cells getting larger. If adult cells are damaged, the body can’t replace them.

Enzo Porrello has had an interest in science and medicine for as long as he can remember, but he feels a personal connection to heart health.

Two of his cousins were born with a hole in their hearts. One lived a full and healthy life because the hole in his heart healed over time. Sadly, the other cousin died from his condition at the age of nine.

“My cousins’ heart disease has been an inspiration,” Enzo explains.

“Congenital heart disease kills more children under the age of one than any other disease. It can also cause heart defects and life-long health problems.”

For young hearts immaturity is an advantage

While in America, Enzo became interested in the regenerative potential of the newborn heart in mammals. This led to his discovery that the mouse heart can regenerate after a heart attack for up to a week after birth.

Since then, other scientists have found a similar phenomenon in pigs. Pigs are more relevant to human medical research. Pig hearts often supply replacements for damaged heart valves in people who need transplants.

When Enzo heard case reports of human newborns recovering from massive heart attacks, it suggested to him that humans may have a similar fleeting regenerative capacity.

Enzo returned to Australia to set up a cardiac regeneration lab at the University of Queensland.

There he met fellow scientist James Hudson, who has a background in tissue engineering. They pooled their expertise to make immature human heart tissue and mini heart “organoids” in the lab.

They uncovered the thousands of genes involved in the maturation of a mouse’s heart and noted other major changes that happen at the same time the mouse heart’s self-healing ability ends. They then found the equivalent pathways in human heart development.

Getting closer to the clinic

Eighteen months ago, Enzo returned to Melbourne to continue his research at MCRI, which is located within the Royal Children’s Hospital, taking him literally closer to the clinic.

“One of the major reasons I moved here was to work more closely with cardiac surgeons and clinicians who were interested in the sorts of diseases and potential applications of stem cell technologies in regenerative medicine that I’m interested in.”

He’s developing drugs that might be able to stimulate the resident heart muscle cells to divide and replenish themselves after a heart attack.

Enzo is also co-director of the new Melbourne Children’s Centre for Cardiovascular Genomics and Regenerative Medicine (CardioRegen) at MCRI.

At CardioRegen, he’s helping to build a bank of tissues, blood samples and DNA from children with heart disease, making stem cell “disease in a dish” models to study these conditions, and using stem cell-derived heart tissue in drug screening.

“We are able to obtain tissue biopsies from children undergoing corrective heart surgery in the hospital. We can study how their heart muscle cells respond to damage during surgery and how the ability of heart muscle cells to divide changes in those early days.”

“There’s been a lot of interest in using stem cells to treat heart attacks in adults. But there’s been much less work on regenerative therapies for childhood heart disease.”

Enzo says the consortium has received funding to develop engineered heart tissue that can contract and pump blood, derived from the patient’s own stem cells, making it less likely to be rejected.

“We’re working towards implanting these artificial pumps into children with some of the most severe and complex forms of congenital heart disease. It’s an exciting new application of stem cells and tissue engineering.”