James Chong has two starters in the race to develop stem cell therapies for heart failure as viable alternatives to heart transplants. His research is exploring both the potential for transplanted stem cells to regenerate new heart tissue and how to repair a patient’s heart by rejuvenating their own heart stem cells.

“In Australia, 54,000 people suffer a heart attack and 20,000 die from chronic heart failure each year. I want to develop stem cell treatments that can save the lives of the thousands of people who miss out on heart transplants,” says James.

He believes modifying the stem cells using gene therapy can overcome the heart rhythm irregularities and wants to test the approach in a further animal trial to pave the way for human trials.

James has also discovered a population of stem cells that naturally reside in the heart, but decline with ageing and disease. He is developing ways to reawaken these stem cells to repair the damaged heart.

James will use his Metcalf Prize to help advance his work on both fronts towards human trials.

James treats patients as a consultant cardiologist at Westmead Hospital and is the Westmead Institute’s Cardiac Regeneration Group Leader. He is also a senior lecturer at Sydney Medical School at the University of Sydney.

In recognition of his leadership in stem cell research, Dr James Chong has received one of two $50,000 Metcalf Prizes from the National Stem Cell Foundation of Australia. 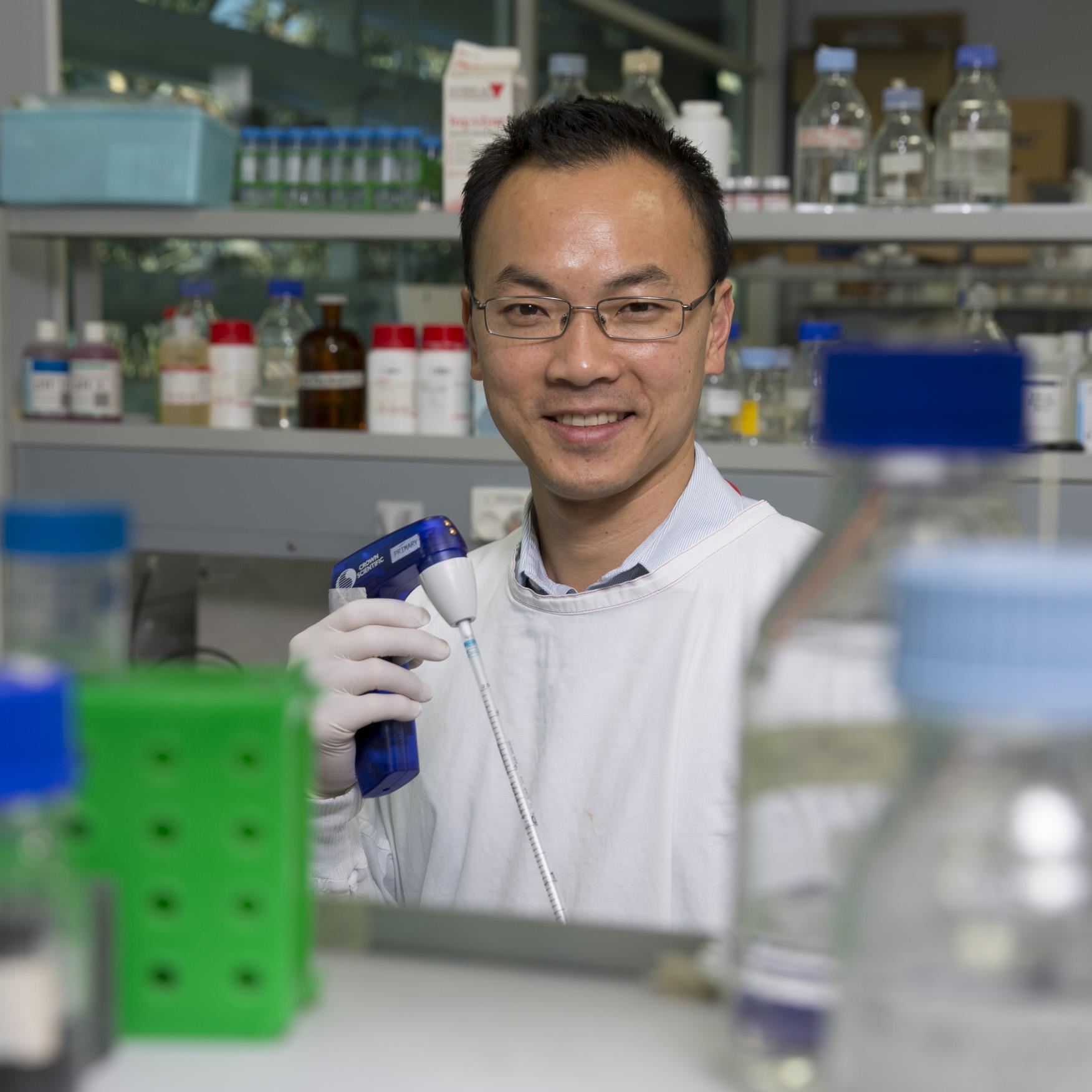 James Chong has always had an interest in advancing medical health, but ultimately followed his heart to cardiology.

During a heart attack, blood flow to part of the heart stops, damaging the heart muscle. Cuts, bruises and strained muscles in the arms and legs generally heal quickly. But the heart is one of the least regenerative organs in the body, together with the brain.

“If we can use stem cells to regenerate new heart cells to replace the damaged cells, we can prevent premature deaths and repeated hospitalisations, improve patients’ quality of life and save billions of dollars per year.”

“When I was in medical school, we were taught that once heart cells are damaged, they can’t repair, they can’t regenerate themselves. The discovery of stem cell populations within these organs was a paradigm shift. I was captivated,” James says.

“We identified a stem cell population within the hearts of adult mice. Later, I found the equivalent cells in humans. We also discovered that they originate during embryonic development, along with other structures of the heart, as opposed to an alternative theory that they come from bone marrow via blood circulation.”

Following his PhD, James took a research position at the University of Washington in Seattle, USA to explore the potential of embryonic stem cells for heart regeneration. Unlike the more limited stem cells in adult organs, embryonic stem cells are ‘pluripotent’, meaning they can give rise to all types of cell in the body.

In a world-first, James and his US colleagues grew enough human stem cell–derived heart muscle cells to successfully repair the damaged hearts of large primates.

Human embryonic stem cells were transplanted to treat eight monkeys two weeks after an induced heart attack, with up to 40 per cent of the damaged region of the heart regenerated and vascularised with a blood supply from the host heart.

The results were published in the leading scientific journal, Nature.

However, the research revealed brief but potentially serious heart rhythm abnormalities (arrhythmias) after transplantation, which would lead to safety issues for human clinical trials.

Now back in Australia, James is working on a gene therapy approach to address the problem of arrhythmias, with his own research group at Westmead Institute for Medical Research. If James and his collaborators are successful with animal experiments, they can move on to clinical trials.

“There are proteins that co-ordinate the spread of electrical impulses across the heart to cause a normal heart rhythm. We discovered that one protein was almost absent in the stem cell derived heart muscle cells when arrhythmias occurred, and then increased with time, correlating with restoration of normal heart rhythm.”

“We intend to use gene therapy to increase this protein with the stem cells for transplantation, or in the recipient heart into which they’ll be transplanted, to abolish these arrhythmias.”

James and his team are part of an international collaborative network—including researchers in the USA, Japan and Singapore—combining their strengths and working towards clinical trials of stem cell therapy, hopefully in the next few years.

The adult cardiac stem cells James discovered during his PhD may also have the potential to mend damaged hearts—if James can help them regain the stem cell like characteristics of their embryonic origins.

If this works, a patient could have their own heart stem cells isolated from small biopsy samples, taken using a minimally invasive procedure. These cells could then be rejuvenated by gene therapy before being injected back into the injured heart.

James’s ultimate aim is to use advances in gene therapy to rejuvenate heart stem cells without needing the cells to be removed from the body.

“We studied the impact of the processes of ageing and disease, such as in heart failure, on the heart stem cell population. We discovered that a specific gene is critically involved.”

James’s gene therapy approach is now investigating how forced over-expression of this gene can restore and enhance the functions of these heart stem cells.

James is passionate about seeing Australia’s scientific discoveries leading to biotechnology leadership, local trails and local benefits for the sector and the broader community.

“We can definitely do better in Australia. All the research is here. We do fantastic science, particularly in the stem cell area where we punch above our weight.”

“But in clinical translation, we’re lagging behind. I want to use my career to help change this, and with collaborators like the National Stem Cell Foundation of Australia and Stem Cells Australia, to play a part in that change.”