Jose Polo is unravelling the details of how stem cells can be produced from adult cells through a mix of identity theft and reprogramming. It is work that needs to be done before such stem cells can be used safely in medicine.

In recognition of his leadership in stem cell research, Associate Professor Polo of Monash University has received an inaugural $50,000 Metcalf Prize from the National Stem Cell Foundation of Australia.

The award is named for Australia’s pioneering stem cell researcher, Professor Donald Metcalf, AC, of the Walter and Eliza Hall Institute, who is an internationally renowned expert on haematopoiesis or blood cell formation.

Jose’s work is unveiling the development of induced pluripotent stem (iPS) cells —stem cells generated from skin, liver, blood or any other body cells. It is an important step along a path which could lead to treating degenerative diseases and understanding some cancers.

“When talking about my work, I often use the analogy of a library, where the genes in the cells are the books,” says Jose. “Every cell is a library which contains the same set of books, but they differ in terms of which ones are open and which are closed—in blood vessel cells the books on blood vessels will be open, and in pancreatic cells the books on the pancreas. I want to find the mechanism that opens and closes those books.”

He has found that the properties of the iPS cells with which you end up, depend upon the kind of adult cell you start with. During cell development, changes—known as epigenetic changes—are imprinted on the genes of the cell. And at least some of these remain when the cell is reprogrammed back into an iPS cell. It retains an “epigenetic” memory of what it was.

“This limits what the iPS cell can develop into and the uses to which it can be put,” Jose says. “But we might be able to take advantage of this bias to produce regenerative cells for a particular purpose.”

Recently, with colleagues in the US, Jose also discovered that reprogramming happens in two distinct waves, over 15 days in mouse cells, and double that in human cells.

For mice, in the first three days, de-differentiation—identity theft—occurs. “Then the cell goes into a nothing state. It’s a mess. We are still trying to unlock what is going on,” says Jose. “The second wave of activity stamps the cell as embryonic again.”

So far, he has used mouse cells for almost all his experimental work. Part of his prize money will be used to begin preliminary work on human cells.

“We’ve created the Metcalf Prizes to encourage early-career stem cell research pioneers,” says Dr Graeme Blackman, OAM, the Chairman of the Foundation. “We were stunned by the quality of the applications. Our inaugural winners, Kaylene Young and Jose Polo, stood out from a remarkable field of young research leaders. We can expect great things from Australian stem cell research in next few years.” 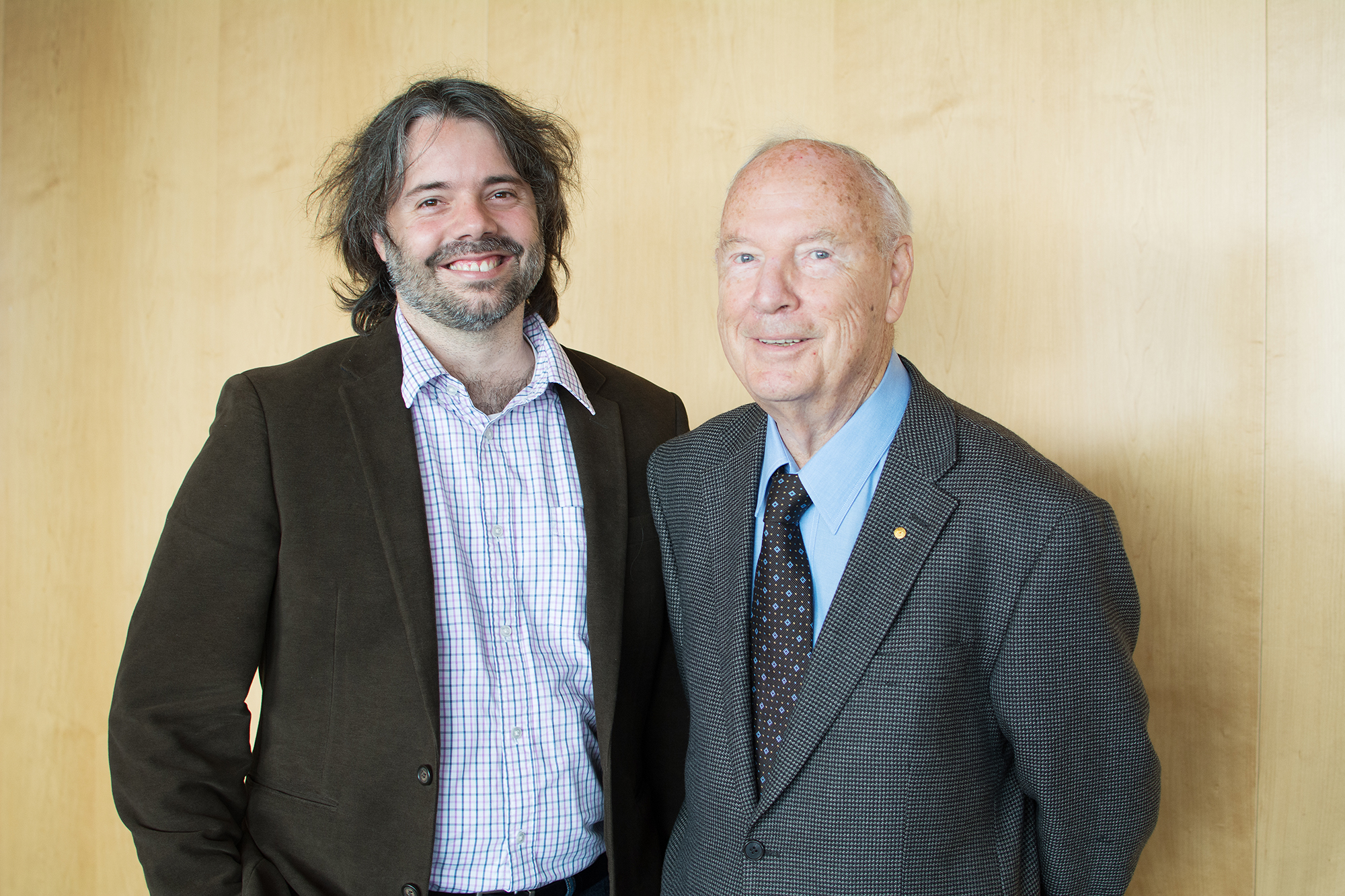 Jose Polo studies identity theft at its most basic level. Not the loss of credit card, login or passport details, but the removal of the identity of an adult cell—skin, liver, blood or any other body cell—as part of the process which turns it back into a stem cell.

More precisely, Associate Professor Polo—a Sylvia and Charles Viertel Senior Medical Research Fellow at the Department of Anatomy and Developmental Biology and the Australian Regenerative Medicine Institute at Monash University—is unravelling the details of just how the development of adult cells is reversed to generate induced pluripotent stem (iPS) cells.

His work is an essential step on the pathway to the myriad of potential applications proposed for iPS cells. While researchers and clinicians have become very excited about how iPS cells can be used in the laboratory or in diagnosis or treatment of degenerative diseases, several aspects of the reprogramming process are closely allied to the development of cancer. So we really have to know what’s going on.

And Jose has already made two major strides forward. While doing a postdoc at the Harvard Stem Cell Institute in Boston, he discovered that the kind of cell you reprogram—whether it comes from blood or the skin—biases the iPS cell you end up with. There are changes—known as epigenetic changes— imprinted on the genes during cell development. Some of them remain when the cell is reprogrammed back into an iPS cell. It retains an “epigenetic” memory of what it was. Other researchers have found that environmental factors also affect the reprogramming process.

At one level, Jose says, this limits what the iPS cell can develop into and the uses to which it can be put, but at another level it could be very useful in moving us towards the regenerative cells we want to develop for a particular purpose. “We might take advantage of this differentiation bias,” he says.

Since coming to Australia in 2011, working with colleagues in the US, he has started to develop a detailed overview of the reprogramming process. It actually takes some time, about 15 days in mouse cells, and double that in human cells. But what Jose and his co-workers have found was unexpected—the process is not gradual. Reprogramming happens in two distinct waves.

In mice, in the first three days, the activity of about 1500 genes is changed. Then for the next six days nothing much happens in terms of gene activity. But about day nine the changes in gene activity ramp up to 1500 genes again.

It’s in those first three days that de-differentiation—the identity theft—occurs. “The cell goes into a nothing state. It’s a mess. We are still trying to unlock what is going on.” The second wave of activity then stamps the cell as embryonic again, a genuine stem cell capable of becoming many things.”

Jose wants to use the Metcalf Prize money to further his work in several ways. There are still plenty of details of reprogramming about which we have little knowledge—the actual physical role of the transcription factors during reprogramming, for instance.

So far, he has used mouse cells in almost all his experimental work. But for any clinical work, we need to know how closely mice reflect the situation in humans. So Jose wants to train a student to start preliminary work with human cells, with a view to applying for funding in that area down the track. He also wants to consult widely and exchange ideas with his peers all over the world at conferences and meetings.

But that does not mean he feels constrained by working in Australia. Originally from Buenos Aires, he initially became interested in moving back to the Southern Hemisphere because he and his Australian wife Tania thought it might be a good place to raise their twins, Felipe and Catalina, as well as doing science. So far, Jose has been more than happy with the decision. He finds the spirit of research collaboration in Melbourne particularly positive.

“Monash is the right place for me, with the right support and collaborators in the right disciplines. I have been given everything I need to develop my research plan.”