After years of promise, stem cell treatments are now starting to move out of the lab and changing lives.

This was one of the take-home messages from last week’s gathering of leading gene therapy and stem cell scientists and physicians from around the world. They were in Melbourne for the International Society for Stem Cell Research 2018 Annual Meeting.

We’ve included highlights from Australian and visiting speakers below.

Delegates also heard about CRISPR/Cas9 gene editing from its co-inventor Jennifer Doudna, the huge progress in developing mini-organs from stem cells, and the potential to use stem cells for drug screening to help with personalised medicine.

And they discussed the challenges of unproven treatments and the moves by Australian and US regulators to tighten the rules. 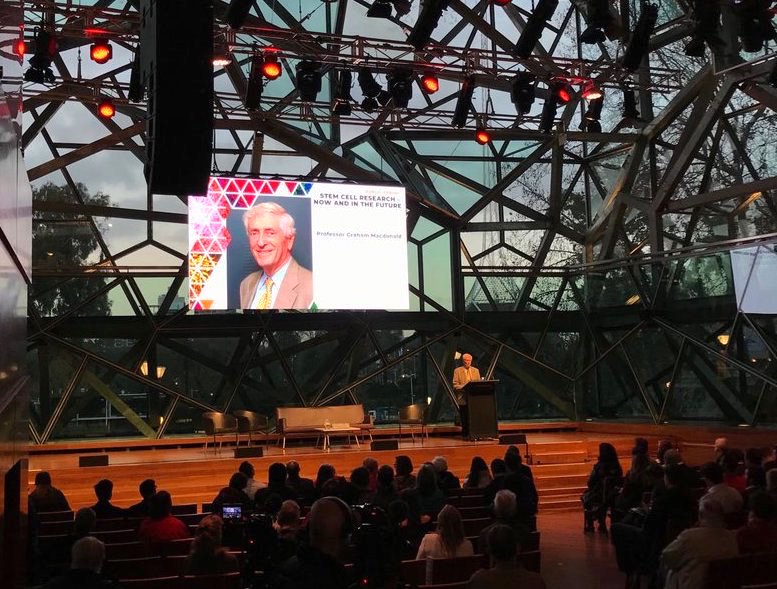 We sponsored a public forum in the lead up to the meeting so that patients could bring their questions directly to the experts. We will share highlights and a link to a video recording of the event in a future bulletin.

Melissa Little, chair of the meetings scientific program committee and a stem cell researcher at the Murdoch Children’s Research Institute, shares her insights from the event in this newsletter.

Next week the 2018 Metcalf Prizes for Stem Cell Science will open for applications, offering two $50,000 prizes for Australia’s emerging leaders in stem cell research. Think about the rising stem cell scientists you know, and encourage them to enter.

What we learnt when 2,800+ stem cell scientists invaded Melbourne

An overview of ISSCR 2018 from Melissa Little 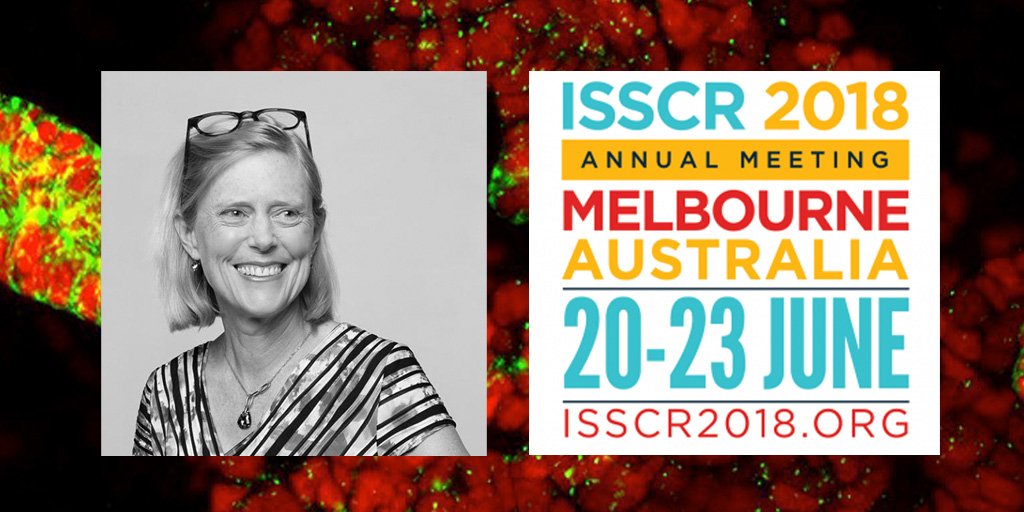 Melissa Little, who led the development of the scientific program, says there were moving stories of successful treatments, unusually strong involvement from the business and industry sector, and scientific presentations showing awe-inspiring progress.

Roger Barker, chair of the ISSCR’s Clinical Translation Committee gave a great overview of the progress of treatments to the clinic, telling delegates what we’ve tried, where we’ve failed and why; what we’ve learnt and where we’re going. Steven Goldman showed you can repopulate the brain from stem cells,” says Melissa, a mini-kidney ‘organoid’ pioneer based at the Murdoch Children’s Research Institute.

“And the patient address from Daniel Fuller, the father of seven-year-old Harry who has a genetic deaf-blindness condition, was very moving.

“The science presented showed we’ve moved so far towards translation in the last decade. The promise is getting closer. Three years ago, at the Stockholm meeting, there was one presentation on using iPS cells in clinical trials. This year there were several. It’s no longer if, but when we will try treatments with this relatively new source of stem cell.”

Melissa, who is also President of Meeting co-host, the Australasian Society for Stem cell Research, was particularly proud of the contribution from Australian plenary and keynote speakers.

“Jane Visvader’s [Walter and Eliza Hall Institute] presentation was a tour-de-force, not only detailing where all breast cells come from but how they can develop into cancers,” says Melissa.

See social media highlights from the meeting via the hashtag #ISSCR2018, and look out for Australian content via #GDayStemCells.

Our round-up of the life-changing scientific highlights from ISSCR 2018.

Michele De Luca and Graziella Pellegrini (Italy) led the team that developed genetically-engineered stem cells to produce sheets of disease-free skin cells to save the life of a seven-year-old Syrian refugee. The patient suffered from ‘butterfly skin’, the genetic disease Epidermolysis Bullosa that made his skin as fragile as a butterfly’s wings. Now living with his family in Germany, Hassan is able to attend school, play soccer and live a full life.

Doug Melton (USA) reported on a way to use stem cells to produce the massive quantities of insulin-producing beta cells needed to treat people with diabetes, including life-threatening type 1 diabetes, which his two children have. Doug shared his lab’s work towards providing human islet cells for diabetics which have found ways to thwart immune rejection so that patients no longer require blood checks and insulin injections. 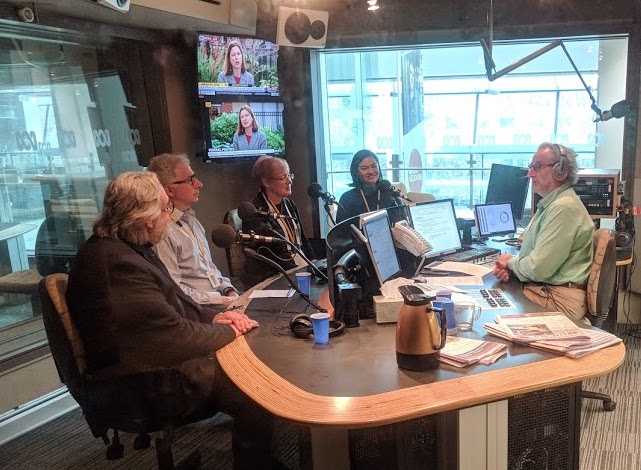 Two patients with a common type of blindness are recovering their vision, thanks to a new stem cell ‘eye patch’ treatment.

The two patients, both with age-related macular degeneration (AMD), were the first to have diseased eye cells replaced with stem cell-derived retinal eye patches, which restored vision to both patients. They’re both now able to read again.

Age-related macular degeneration (AMD) is one of the leading causes of blindness in the world. Peter Coffey, who led the trial, hopes it will lead to an affordable ‘off-the-shelf’ therapy that could be made available to patients within the next five years.

This is in stark contrast with the cases of three US women with AMD whose eyesight worsened after paying for experimental and unproven stem cell treatment.

A new factory-made stem cell product has been shown to dramatically increase the 100-day survival rates of children with an often-fatal complication of bone marrow transplants—acute graft versus host disease (GVHD).

Australian stem cell scientist and Mesoblast CEO Silviu Itescu announced the results of a Phase 3 clinical trial treating 55 children suffering from the most severe form of GVHD, a condition in which the patient’s white blood cells attack the transplanted donor cells.

The treatment involves mesenchymal stem cells, which have an anti-inflammatory and immune system-calming effect. 75 per cent of patients had survived 100 days after treatment, compared with a survival rate as low as 30 per cent in patients who fail to respond to the standard initial steroid therapy.

Mesoblast, an Australian biotech company, expects this will lead to the treatment becoming the first FDA approved ‘off the shelf’ commercially-manufactured stem cell product.

Katherine High (USA) reported on an FDA approved gene therapy for a form of blindness, and on a clinical trial in people with haemophilia.

She’s the head of research and development for Spark Therapeutics, a spin-out from the Children’s Hospital of Philadelphia.

Last year, the US FDA announced the approval of the first directly administered gene therapy targeting a rare inherited form of blindness caused by mutations in a specific gene. The therapy uses a modified virus to deliver a normal copy of a defective gene directly into retinal cells in the eye. The corrected code makes the eyes’ cells function normally, producing the proteins they need to restore vision.

In May, Spark Therapeutics also announced progress in clinical trials of gene therapies for bleeding disorders haemophilia B and A.

Here are a few media stories we’ve shared recently from the meeting:

ABC Radio National: The hope (and hype) of stem cells

The Age: Watch this fish regrow its spinal cord—in real-time