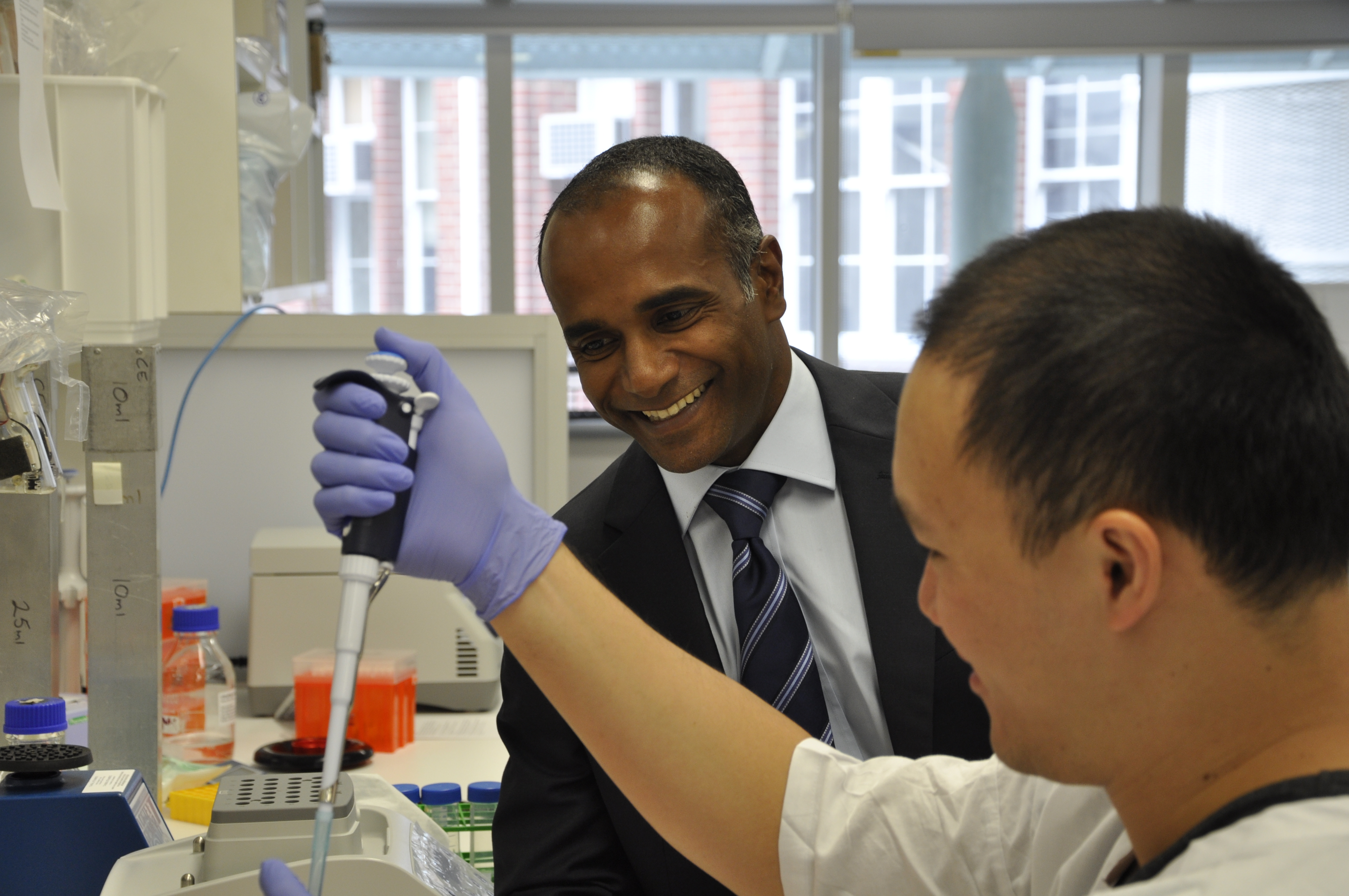 “Each year, more than 1,000 Australians are diagnosed with AML, and more than seventy per cent of these people will die within five years,” says Mark.

In recognition of his leadership in stem cell research, Mark Dawson has received one of two $50,000 Metcalf Prizes from the National Stem Cell Foundation of Australia.

Mark began his scientific research career exploring the fundamental importance of chromatin—our DNA and its molecular ‘packaging’. If you think of genes as the instructions for our biology, then aspects of chromatin can determine how those instructions are read and turned into actions—how DNA is accessed for the expression of genes, for DNA replication or for the repair of damaged DNA.

Following a degree in medicine and surgery, Mark specialised in haematology, the branch of medicine that focuses on conditions of the blood.

He later undertook PhD research at the University of Cambridge, where he discovered that a mutated enzyme present in virtually everyone with the blood disorder polycythemia vera can potentiate the maintenance of this malignancy by going into the nucleus and modifying chromatin to directly increase the expression of genes that sustain the cancer cells.

Mark wanted to further explore how changes or mutations in the proteins that regulate the structure and function of chromatin can induce or maintain diseases, including other blood cancers.

Mark turned his attention to AML, an aggressive type of cancer that affects the blood and bone marrow. AML has a poor prognosis, develops quickly and needs urgent treatment.

“My research became more translational. I wanted to know how we might use some of these fundamental discoveries to design drugs. This led to a collaboration with the pharmaceutical company GlaxoSmithKline, where we developed one of the first molecules to be able to interrupt a key interaction at the DNA interface that drives gene expression in cancer cells.”

This led a new ‘BET inhibitor’ drug developed to suppress the growth of these abnormal cells in the treatment of AML.

“If there’s a single achievement I’m most proud of, it’s taking something right from basic discovery to helping with the characterisation of a drug, and seeing that drug transition into the clinic.”

Mark returned to Australia with his family in 2014 to take up a dual role as a consultant haematologist and cancer epigenetics research group leader at the Peter MacCallum Cancer Centre in Melbourne.

“I have patients here at Peter Mac that have gone on to this clinical trial for this drug that I helped develop from the ground up. The fact that this work has provided some of my patients with meaningful clinical responses is a very rewarding experience.”

Mark will travel to Atlanta next month to report the full results of his international Phase I clinical trial, establishing the safety of the drug, at the American Society of Hematology Annual Meeting. The drug has now transitioned to a Phase II trial led by Mark at the Peter MacCallum Cancer Centre.

How chemistry in a pub changed a medical science career path

Mark was originally accepted into the University of Cambridge PhD program straight out of medical school. But he met his future wife, a fellow medical student, at a pub in Bourke Street and decided to stay in Melbourne and train as a haematologist instead.

“In retrospect, that was the wisest decision I made. If I had gone straight from medical school into my PhD I probably wouldn’t have ever become a practicing clinician,” Mark explains.

“That decision to stay has informed and directed every question I ask in my research. I understand what the major limitations are in the clinical arena and I use those insights to drive my research. I wouldn’t have had that perspective if I hadn’t trained as a doctor.”

Ten years later he moved with his wife to the United Kingdom where they both embarked on their PhDs together. 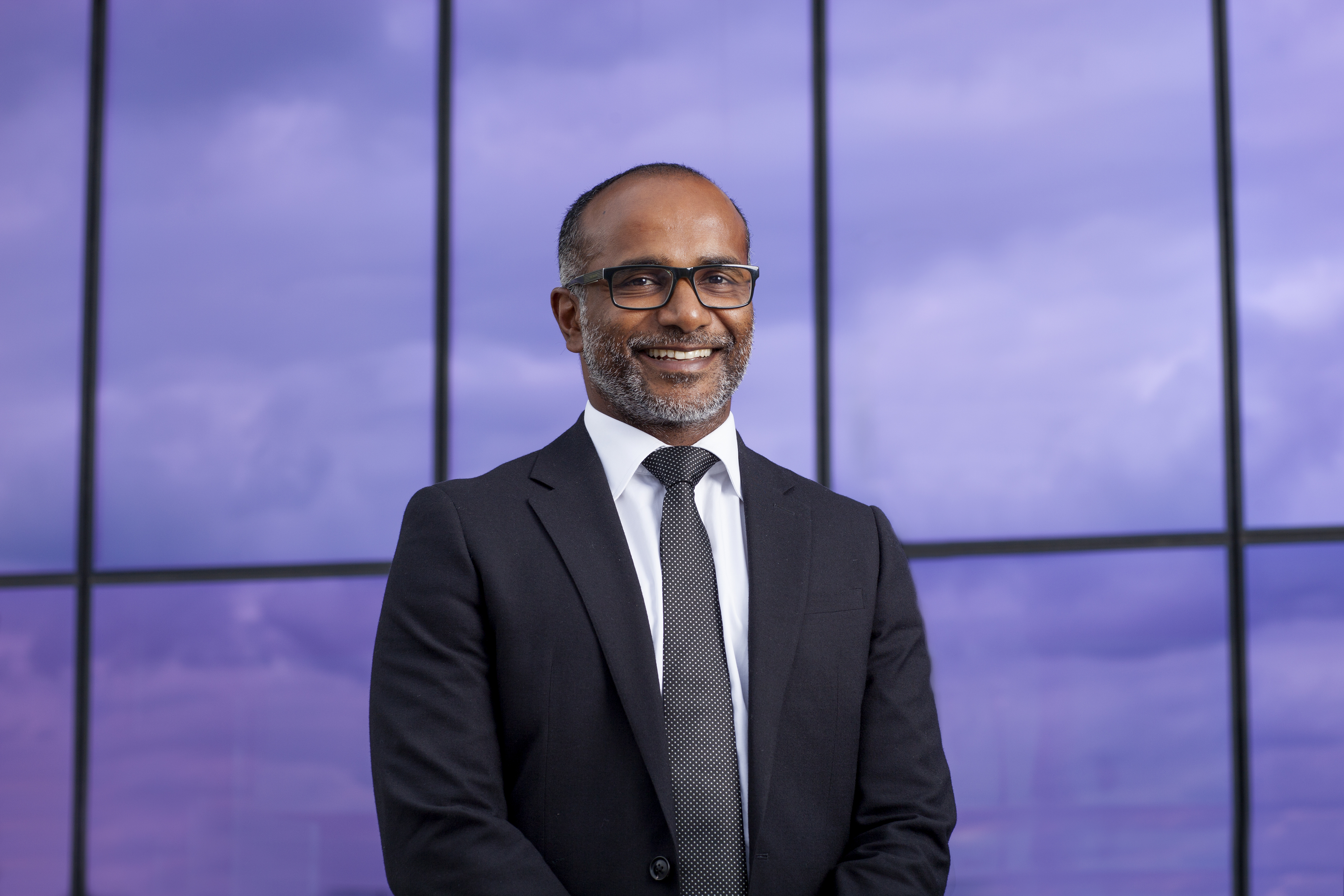 Returning to Australia, Mark realised he had an ideal research collaborator close to hand. Mark’s wife

Associate Professor Sarah-Jane Dawson is a breast cancer oncologist and cancer genomics researcher. Despite parallel careers as clinician-researchers, their move to Peter Mac became the first time they had worked in the same building.

“Sarah and I decided to join forces and share our individual expertise towards our common goal of a more complete understanding of cancer biology. She brings to the table substantial skills in cancer genomics, and my skill set has been the understanding of the function biology of cancer development and stem cells.”

In a major 2015 Nature paper, they described a possible process cancer cells can use to evade treatment, challenging the idea that the only way drug resistance develops is through ongoing mutations in our DNA. Mark, Sarah-Jane and their colleagues provided the evidence that resistance to therapies develops from cancer stem cells. This knowledge will help researchers optimise the effectiveness of new drugs.

“Cancer is selfish. It is driven by a fundamental ambition to survive. It does whatever it takes to ensure that it gets the bulk of the nutrients and the best potential to expand, and it ignores the normal constraints that other normal cells adhere to.”

“Whilst doing that it needs to evade the immune recognition of rogue cancer cells we have evolved to protect ourselves from cancer.”

Mark has already drawn on Sarah-Jane’s expertise in detecting and gaining valuable diagnostic information from the tiny fragments of DNA cancer cells shed into a patient’s bloodstream. They’ve developed simple blood tests that can be used as an alternative to invasive and painful bone marrow biopsies to help diagnose and monitor blood cancer treatment.

Mark now plans to delve deeper into how cancer cells hide from the surveillance, further explore the key differences in stem cell behaviour in normal blood formation and leukaemia, find potential drugs that throw a chemical spanner in the works of malignant cell renewal, and translate this body of knowledge to treatments ready for the clinic.

Mark says winning the 2017 Metcalf Prize for Stem Cell Research is a wonderful way to be recognised by the academic community.

“I’ve not been back in Australia for very long and I’m probably better known overseas, so I relish the opportunity to meet the local scientific environment and integrate into it. I hope winning the Metcalf Prize will raise my profile within the Australian research community so that I can work more closely with people at home.” 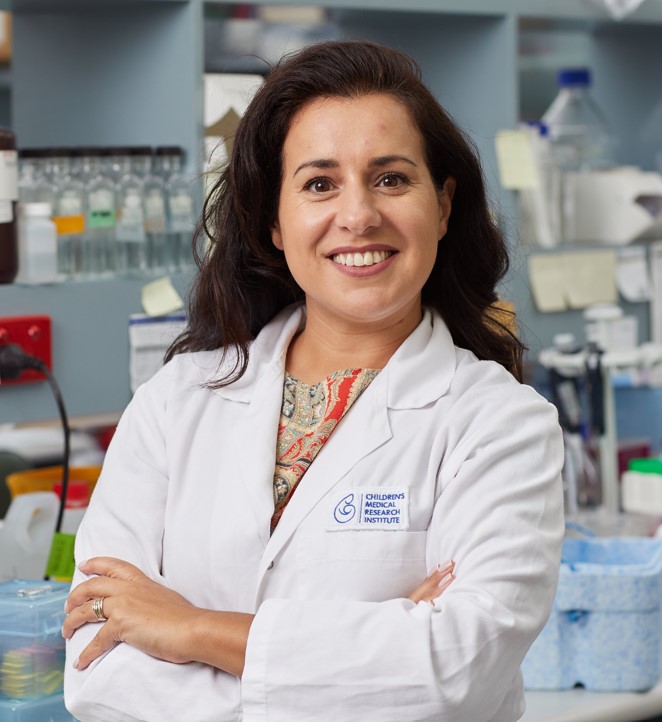