I’m delighted to announce the two brilliant young scientists who are the winners of this year’s Metcalf Prizes for Stem Cell Research.

Dr Felicity Davis of the University of Queensland’s Mater Research Institute is investigating the secret life of mammaries: how they develop, how they change during pregnancy and breastfeeding, and how things can go wrong.

Associate Professor James Hudson of the QIMR Berghofer Medical Research Institute studies the human heart, and how its cells have to last a lifetime without renewal. To better understand this, he has made more than 20,000 beating ‘mini-hearts’, called organoids.

Felicity and James will be formally presented with their prizes by Professor Hugh Taylor AC at a special ceremony in Melbourne later this month.

We hope that supporting Felicity’s work will help make a difference in this important area of women’s and children’s health, and that James’ work will help us tackle Australia’s biggest killer.

Both scientists are great examples of the depth and breadth of stem cell research undertaken in Australia – all of it bringing us closer to important clinical outcomes.

Mammary biologist Dr Felicity Davis is investigating how breasts change through life: how they develop during puberty, alter during pregnancy and change back after breastfeeding is complete. 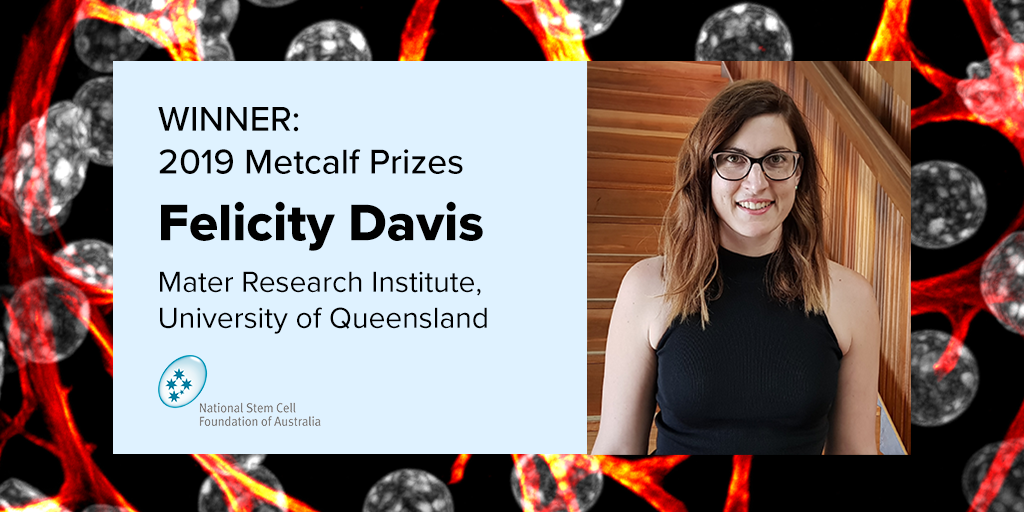 A scientist at the University of Queensland’s Mater Research Institute, she is examining the role stem cells play in this remarkable tissue plasticity.

In recognition of her leadership in the field, she has received one of two annual $50,000 Metcalf Prizes from the National Stem Cell Foundation of Australia.

Felicity leads research that details how mammary glands form and how they function during lactation. Discovering how this happens at a molecular, cellular and tissue level will provide new insights when problems in the breast arise – ranging from breastfeeding difficulties to breast cancer.

“We don’t completely understand what makes these cells in developing mammary glands grow and divide, branch out and form these intricate complex structures in a very controlled manner, where every cell is exactly where it needs to be when it needs to be there,” she says.

“We should be doing everything we can in order to understand how that happens physiologically, how the breast changes to allow that to happen and how it remodels after the process is complete.”

Read more about Felicity and her research. 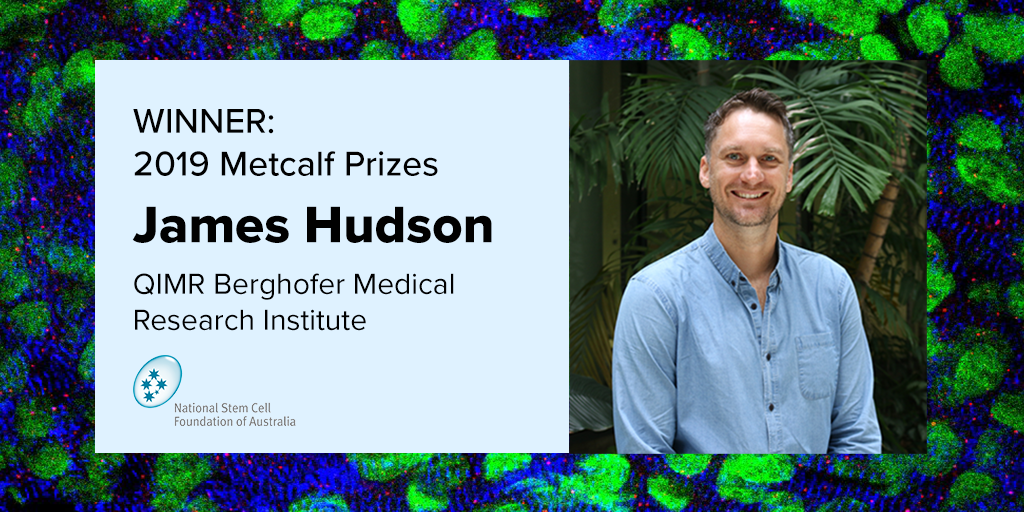 In recognition of his achievements, he has also $50,000 Metcalf Prizes from the National Stem Cell Foundation of Australia.

Professor Hudson, from the QIMR Berghofer Medical Research Institute in Brisbane, induces stem cells to form ‘organoids’ – miniature beating hearts. To date, he has created 20,000 of them.

As well as using them to study diseases and test new pharmaceuticals, he also deploys the organoids to study how heart muscle cells obtain and use energy, and how this influences their ability to regenerate. His goal is to make new tissue to repair damaged hearts

Cardiovascular disease kills an average of 23 Australians every day, and scientists face an urgent need for human heart tissue to use in research.

“In five years, I hope we will be closer to or even starting clinical trials for stem cell-derived patches for cardiovascular repair and for drug candidates we helped identify, with many more treatments in the pipeline behind them,” he says.

Read more about James and his research.

Monash Life: The promise of stem cell therapy for repairing the brain