New drugs could treat debilitating inherited bone and cartilage diseases in children. But we need to know more about how they work. Professor John Bateman is using stem cells to close the knowledge gap, with your and our help.

Our report below explains how your support can help John’s work progress to the next phase.

We are also supporting a team at the Centre for Eye Research Australia that is pioneering gene therapies for inherited eye diseases, providing new hope for people with conditions that currently have no treatments. Our joint campaign met its target in just one day — on World Sight Day. Read how your money will be spent.

Our investment in promising scientists through the $50,000 Metcalf Prizes continues to produce results.

In 2015, we backed Professor Ryan Lister with a Metcalf to support his research into gene molecular on/off switches and how they change through a cell’s life.

He has now been recognised as joint Western Australian 2020 Scientist of the Year for his work in genome regulation and stem cell biology.

Dr Felicity Davis won the prize in 2019 for her work investigating how mammary glands go through rapid changes during life, cycling between dormancy, pregnancy and lactation.

She has just won a Young Investigator Grant from the Novo Nordisk Foundation, worth about $5.5 million, to continue her research program, dividing her time between Denmark and Australia.

We backed Mark Dawson in 2017 to develop his ideas for new leukaemia treatments.

He’s now leading international clinical trials of these life-extending drugs and has won the 2020 Prime Minister’s Prize for Life Scientist of the Year in recognition of this work. Read more below.

We are also pleased to share the news that Foundation director Professor Megan Munsie has been appointed to an influential science sector policy committee. New cell therapies will present regulatory challenges, so Megan’s expertise and input will make a valuable contribution. Read on for details.

It was also good to see the importance of gene editing being acknowledged by the Nobel Prize Committee. Emmanuelle Charpentier and Jennifer A. Doudna have won the 2020 Nobel for Chemistry for their development of the CRISPR gene editing tool. We’ve included links to this and other news stories in our regular round-up of stem cell news.

Finally, public support for research in Australia has seldom been more urgently needed, especially with the setbacks caused by the coronavirus pandemic. Backing our researchers over the next few months will be more important than ever as they work to catch up.

To get an idea of the sort of toll the crisis has taken, we found out about life under lockdown for Florey Institute researcher Dr Jennifer Hollands, who studies the development and treatment of brain diseases. You can read the story on our website. 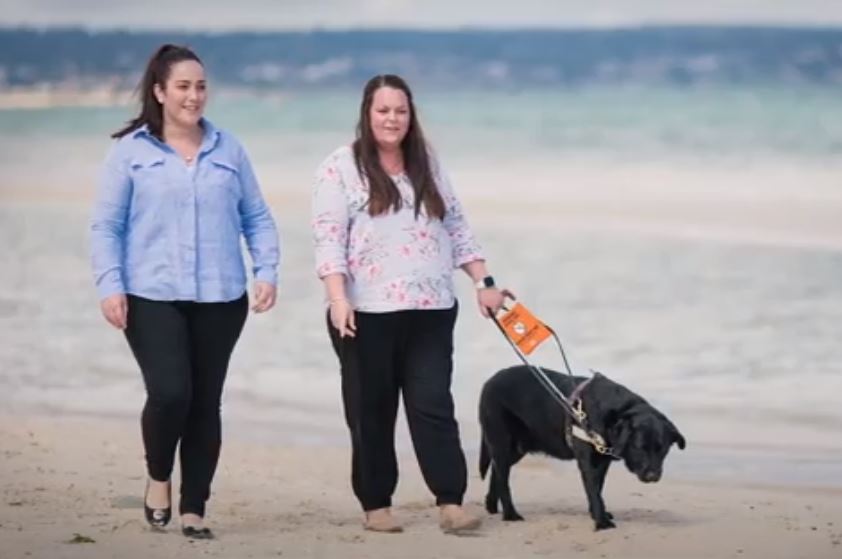 “The new gene therapy research gives me hope that in my lifetime there will be a treatment for retinitis pigmentosa,’’ says Kate Barrett (pictured right, with her sister).

She was diagnosed with the condition at the age of six and is now, aged 35, starting to experience some deterioration of her eyesight.

That meant people could triple the impact of donations made on the day, with the two organisations pledging to match public donations dollar-for-dollar up to $50,000.

The donations will support the work of Dr Tom Edwards who is developing gene therapies to treat the diseases.

“Thanks to the exciting progress being made in this field, for the first time we’re able to tell patients there’s hope,” he says.

Tom’s project is one of four selected by the Foundation this year to receive funding to match donations from other sources, to a cap of $50,000 from the Foundation per project.

Tom’s project has met its target, but you can still donate to his research via the Foundation website, and we will pass it on.

Visit: www.stemcellfoundation.net.au/donate to make a donation.

Clinical trial for gene therapy is only the first step

In Australia, about 100 babies are born each year with bone and cartilage disorders caused by genetic mutations. These diseases can mean a lifetime of pain and difficulty with normal movement.

A team at Murdoch Children’s Research Institute (MCRI) in Melbourne is about to start a clinical trial of a promising drug to treat one of these conditions: metaphyseal chondrodysplasia, Schmid type (MCDS).

We are backing MCRI’s Professor John Bateman to use stem cells to understand at a molecular level exactly how the drug works.

MCDS is caused by gene mutations that lead to misfolded proteins clogging up cells, preventing the normal development and function of the skeleton. 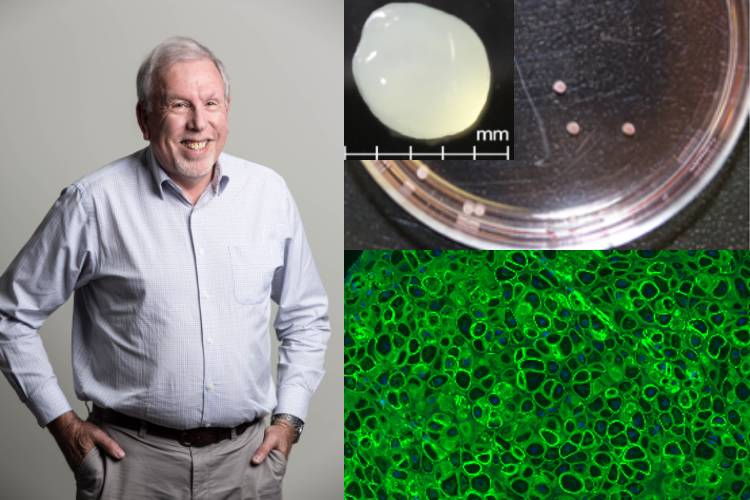 Preclinical results for the MCDS drugs have been encouraging, but if we are to progress the drug to the next phase, and identify other drug candidates, we need to know exactly how it works.

That’s where John comes in.

“Like all genetic disorders, they’re individually rare, but as a group, they’re a significant clinical problem,” he says.

The National Stem Cell Foundation of Australia aims to provide $100,000 to support John’s project, and will match dollar for dollar every public donation of $500 or more up to a total of $50,000.

You can contribute via our website – just specify ‘CARTILAGE’ when prompted: www.stemcellfoundation. net.au/cartilage_donate.

Melbourne scientist Professor Mark Dawson built a new blood cancer drug from the ground up, winning our Metcalf Prize in 2017. He first explored how genes function in leukaemia, then identified molecules that interrupt the key genetic instructions that perpetuate cancer cells—a new drug therapy approach to treating these diseases.

Mark has progressed this work, and has now won the 2020 Frank Fenner Prize for Life Scientist of the Year, announced on 28 October at the Prime Minister’s Prizes for Science.

A clinician and researcher at the Peter MacCallum Cancer Centre, Mark’s focus is on acute myeloid leukaemia, an aggressive blood cancer that remains incurable in the majority of adult patients.

He has pioneered research in the field of cancer and the influence of the epigenome—the molecular markers that control how the instructions in DNA are read and applied by cells. He’s used that knowledge to develop new drugs and lead major international clinical trials.

“Every global pharmaceutical company now has a pipeline for epigenetic drug discovery,” said Mark in his prize announcement video.

“The Foundation set up the Metcalf Prizes with the desire to support stem cell scientists at the crucial mid-career stage by providing both funding and recognition so they can take their career to the next stage,” says Foundation Chairman Dr Graeme Blackman AO.

“Mark exemplifies the spirit of the Prize with his commitment to rigorous science and his desire to alleviate human suffering. We thank our donors for their support, which make the Metcalf Prizes and our other initiatives possible.”

Read more on the Prime Minister’s Prizes for Science website. 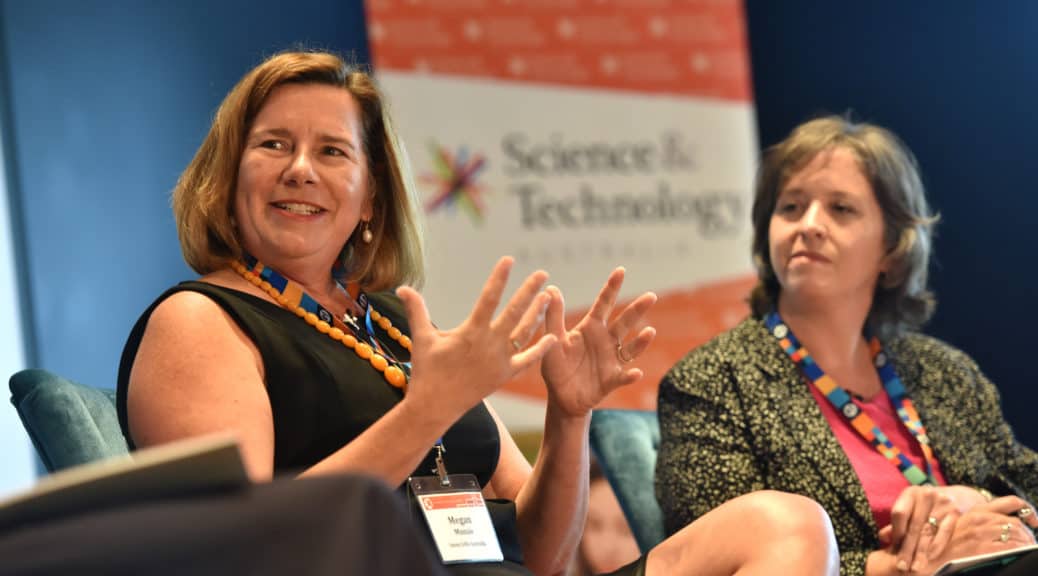 STA connects scientists with government and the community through initiatives including Science Meets Parliament and the women in science program, Superstars of STEM.

The Policy Committee guides STA’s work producing regular submissions to government, statements on policy decisions, and contributions to national discussions around the future of Australian science and technology through Parliamentary Forums.

Megan, an eminent stem cell researcher, is no stranger to policy development and Parliamentary engagement. She is deputy director of the University of Melbourne’s Centre for Stem Cell Systems, a member of the Australasian Society for Stem Cell Research, and has worked with the Therapeutic Goods Administration on its review of regulations governing the use of cell therapies using a patient’s own tissues.

Read the announcement on the Science & Technology Australia website.

Particle: How Jurassic Park inspired WA’s joint Scientist of the Year to become a world leader in epigenomics

New York Times: Cartilage is grown in the arthritic joints of mice

University of Sydney: From stem cells to islets - hope for treatment of type 1 diabetes. Paper.

Science Alert: Science may have finally explained the reason why we still get goosebumps