I am delighted to announce the two brilliant scientists who are the winners of the 2020 Metcalf Prizes for Stem Cell Research. They’re taking two different stem cell research approaches to fighting cancer.

Associate Professor Steven Lane of the QIMR Berghofer Medical Research Institute wants to lift the survival rates of his leukaemia patients. He thinks the key could lie in the genetic fingerprints of the blood cancer stem cells that proliferate the disease.

Melanie and Steven will be presented with their prizes by molecular biologist Professor Suzanne Cory AC FAA FRS at a ceremony in Melbourne next month.

Each will receive a $55,000 prize from the Foundation. We hope that investing in their careers will advance Australian stem cell research and, importantly, improve the prognosis for cancer patients. 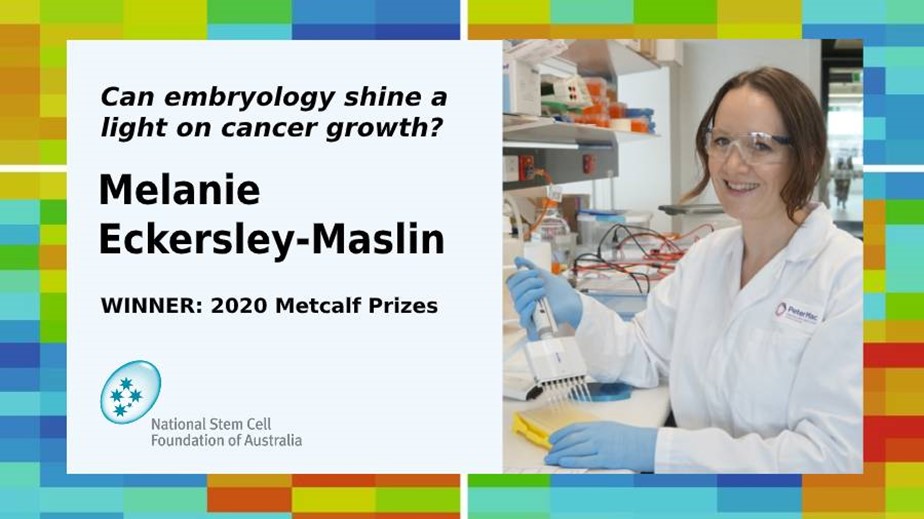 In recognition of her leadership in the field, Melanie has received one of two annual $55,000 Metcalf Prizes from the National Stem Cell Foundation of Australia.

Read more about Melanie and her research. 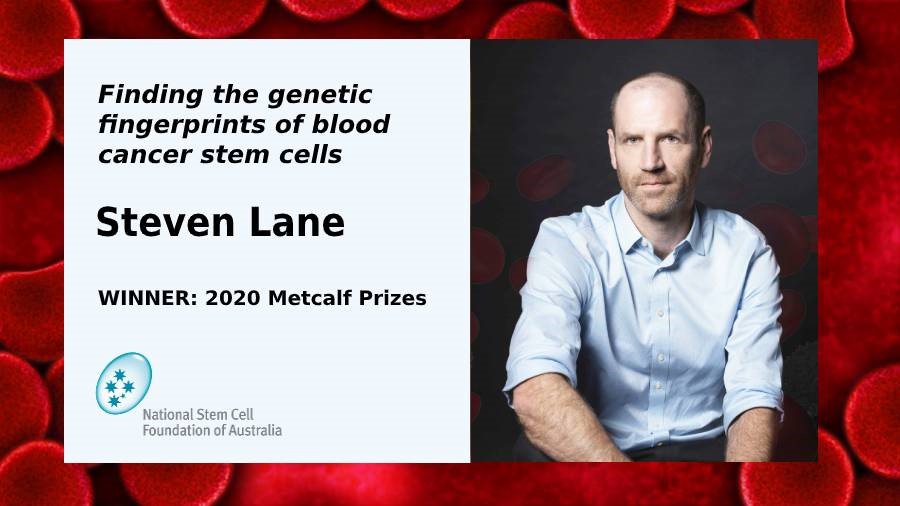 Clinical haematologist Associate Professor Steven Lane wants to lift the survival rates of his leukaemia patients. He thinks the key could lie in the genetic fingerprints of the blood cancer stem cells that proliferate the disease.

In recognition of his achievements, he has also been awarded a $55,000 Metcalf Prizes from the Foundation.

About 1000 Australians each year are diagnosed with acute myeloid leukaemia (AML), an aggressive form of blood cancer. Under current trends, three quarters of people with AML die within five years of diagnosis.

Steven’s lab at the QIMR Berghofer Medical Research Institute in Brisbane is tackling AML and other blood cancers. He also treats patients at Royal Brisbane and Women's Hospital.

“Leukaemia often responds to chemotherapy initially, however the disease often comes back after this and we have very limited curative options,” he says.

Steven’s work has focused on identifying the stem cell populations that give rise to leukaemia, and he wants to know how some cells respond to current therapeutic approaches and conversely, why some cancerous cells become resistant to treatment.

Read more about Steven and his research.

The Niche: Where do stem cells come from? Expert answers

Washington Post: Getting to the root of why and when our hair goes grey