Testing treatments for heart defects and cystic fibrosis; grants of $100K for projects approaching the clinic

Extra pumping power for hearts with congenital defects is just one of the outcomes being pursued by a new international collaborative regenerative medicine centre.

The Australian arm will be led by Melbourne cardiac stem cell researcher and Metcalf Prize alumnus Enzo Porrello. Read on for details.

The Foundation has raised funds to support Newcastle researcher Gerard Kaiko’s efforts to bring a life-extending treatment for cystic fibrosis to clinical trials. But we need more - can you help? More below.

Gerard’s project is one of four selected for our 2021 Matched Funding Program.

We’re now looking for the next four projects. If you know a stem cell scientist whose research projects are nearing clinical trials, encourage them to be in the running for the 2022 funding round’s four $100,000 grants. Details below.

Finally, some of our directors have been in the news. Read on to find out more about the experts who lead the Foundation.

The Novo Nordisk Foundation Center for Stem Cell Medicine, or ‘reNEW’, is a €300 million (A$468 million) collaboration between Murdoch Children’s Research Institute (MCRI) in Australia, the University of Copenhagen in Denmark, and Leiden University Medical Center in The Netherlands.

“Stem cell research has come so far,” says Melissa. “Right now we are producing beating heart tissue that may be able to treat children with congenital heart disease. And we’re really only scratching the surface.” 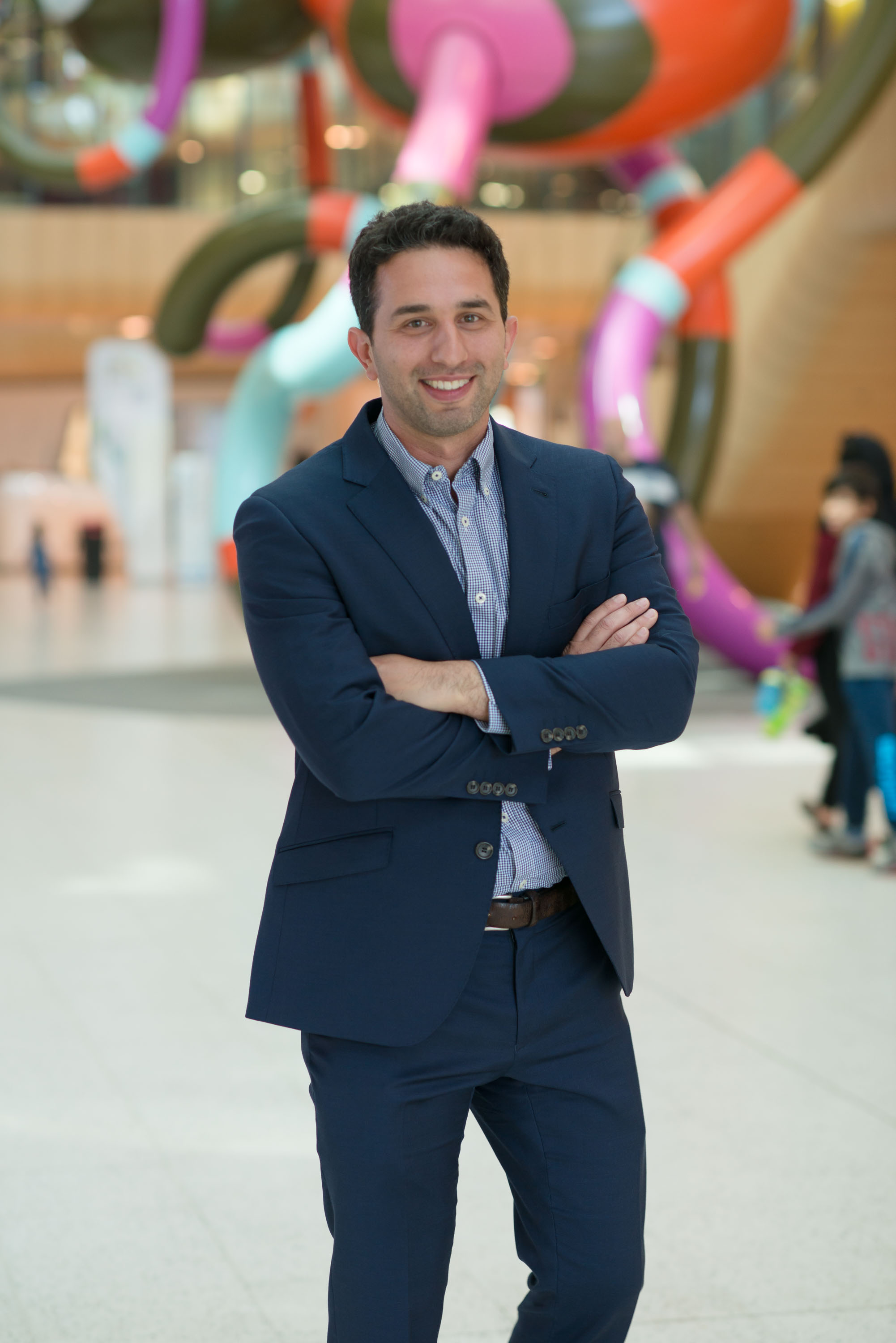 He will oversee the centre’s research at MCRI and continue his own work developing patches of heart tissue that can contract to provide extra blood-pumping power to people with heart conditions.

“I’m really excited about the development of these engineered heart patches,” he says. “Over the next few years, we want to move that work forward to a point where we’ve established it’s safe and effective in large animal trials. Then we can begin to think about taking that into the clinic for human trials.”

Enzo says the MCRI’s inclusion as one of reNEW’s three institutes is a recognition of the strengths in stem cell research in Australia.

“This is the first time in its history that the Novo Nordisk Foundation has invested in an international centre of this nature. All of their previous centres are Danish,” he explains.

Under the collaboration, University of Melbourne Professor Megan Munsie will also be joining MCRI part-time to lead reNEW’s social, ethical and regulatory research theme. Megan is an expert in stem cell ethics, legislation and the global regulatory environment, and is one of our Directors.

Watch a video about MCRI’s involvement in reNEW.

The National Stem Cell Foundation of Australia would like support more mid-career scientists like Enzo Porrello, which is why we award two $55,000 Metcalf Prizes to promising local researchers each year. Thanks to the support of our donors, we will open the 2022 Prizes for nominations mid-year.

Read more about the Metcalf Prizes.

Dr Gerard Kaiko has developed a new molecule that could help cystic fibrosis patients live longer and with a better quality of life. 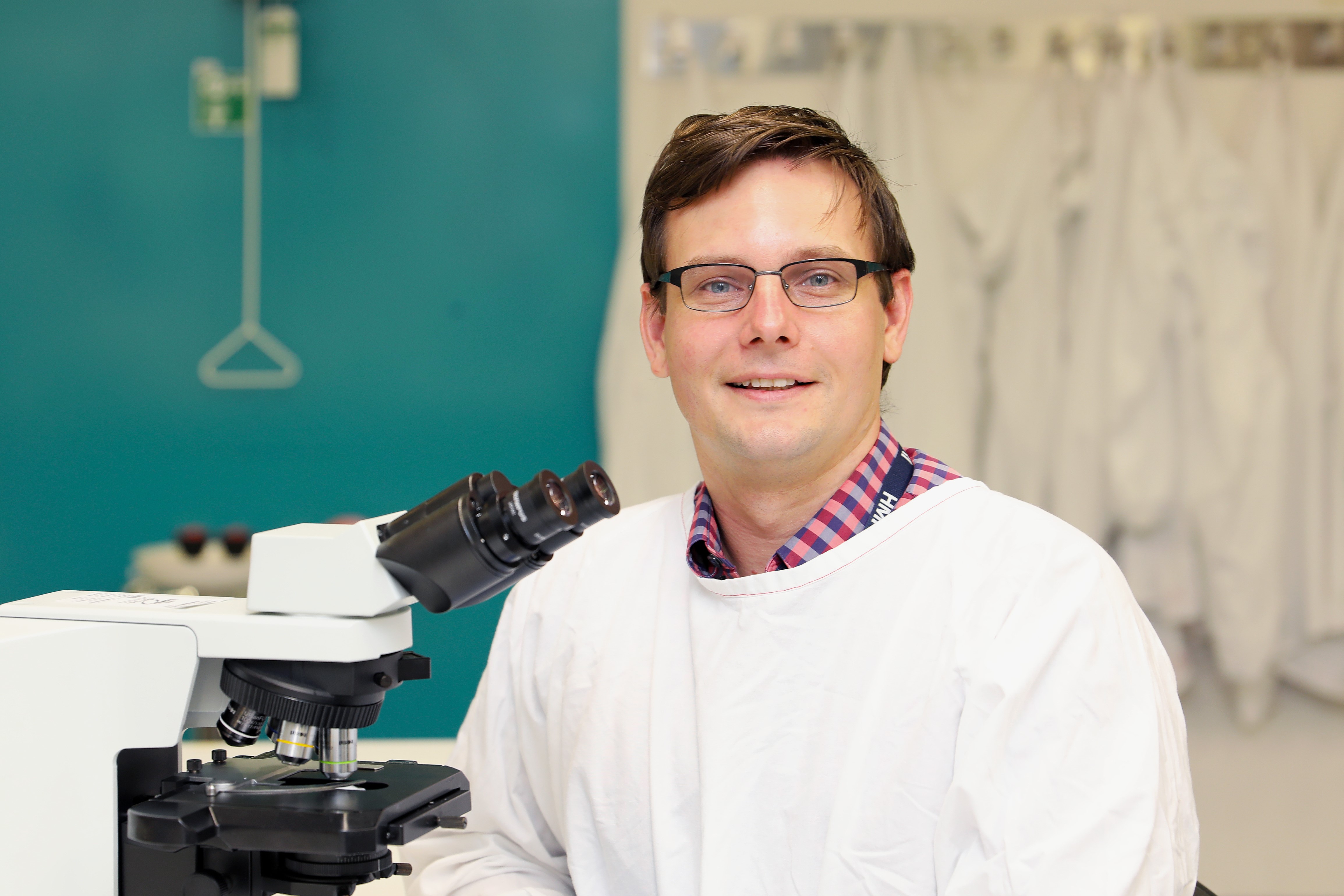 With your support, the Foundation wants to help fund Gerard’s research and bring this life-changing treatment to clinical trials.

A baby is born with cystic fibrosis every four days on average in Australia. The inherited genetic disease causes severe damage to the lungs, digestive system and other organs.

When cystic fibrosis was first recognised 80 years ago, most babies with the condition died before their first birthday.

Life expectancy is about 38 years – less than half that of the general population – and Gerard wants to extend it further.

“Existing drugs don’t restore enough of the function of the defective gene to give patients the same life expectancy as the general population,” Gerard says.

“There’s no reason why, with the advent of targeted therapies, like those we’re working on, that we can’t make greater strides.”

Gerard and his colleagues at Hunter Medical Research Institute and the University of Newcastle were selected for the Foundation’s 2021 Matched Funding Program for their project using personalised medicine for the treatment of cystic fibrosis.

Under the Program, the Foundation will match, dollar-for-dollar, donations made by other supporters to provide a total of $100,000.

A generous donation from Whiteley Corporation, an Australian manufacturing company specialising in cleaning and infection control and prevention products, has brought the funds raised to $70,000.

We’re looking for donors to cover another $15,000, which, matched by the Foundation, will meet the funding target.

The project uses stem cells in two ways. The drug molecule is made using living stem cell ‘biofactories’; it can’t be made synthetically through chemical reactions in a traditional manufacturing lab.

“Stem cells allow us to make the large quantities we will need for treatments in the clinic.”

The project also uses stem cell-derived tissues from individual patients to test how different people might respond to the drug.

Gerard says that personalised treatment is particularly important in cystic fibrosis. Although only one gene is involved, there are about 2000 different mutations. Not everyone has the same prognosis or the same symptoms.

A biopsy from a patient’s airways or colon provides cells that are grown into ‘mini-lung’ or ‘mini-gut’ tissues that allow Gerard’s team to test the stem cell ‘biofactory’ drug candidate in living cells with the patient’s unique genetics.

“With this disease, you see some really sick kids. You can also see patients who don’t go downhill until later in life. Being able to study how treatments work in a wide range of patient-derived tissues from the actual patients in the clinic with different mutations will mean we can get to clinical trials much faster.”

If you want to make a donation to support Gerard’s research, contact Graeme Mehegan via [email protected].

The National Stem Cell Foundation of Australia invites applications for up to four $100,000 research grants as part of its 2022 Matched Funding Program.

Under the Program, the Foundation will match any donation it receives from an approved donor (or donors) up to a maximum of $50,000 with up to $50,000 dollars of its own funds, to potentially provide a total of $100,000 for a successful research project.

Ideally, the lead researcher (or their host institution) would find and introduce the donor to the Foundation, however if this does not occur the Foundation will try to assist by using its resources to source an appropriate donor (through its newsletters, website and social media).

To be eligible the research project must be:

Researchers interested in applying for a grant under the program should complete an Expression of Interest (found on our website) and forward it to us as directed.

Applications will close on Tuesday 8 March 2022. For more information, an overview of past funding recipients, and to download the Expression of Interest form, visit the Foundation’s website.

The Foundation hopes to support a diversity of projects in stem cell research. Applications from gender and culturally diverse backgrounds are encouraged.

Foundation directors in the news

The Foundation’s work is overseen by a voluntary board of independent directors, with expertise in governance, finance, scientific leadership, stem cell and medical research, and ethics. Recent news from our directors:

Business Insider Australia: Researchers are getting better at regenerating lab animals’ limbs. They might regrow human body parts in your lifetime. Paper.

ABC: Calls for stem cell donation to change in Australia to reduce reliance on overseas donors.