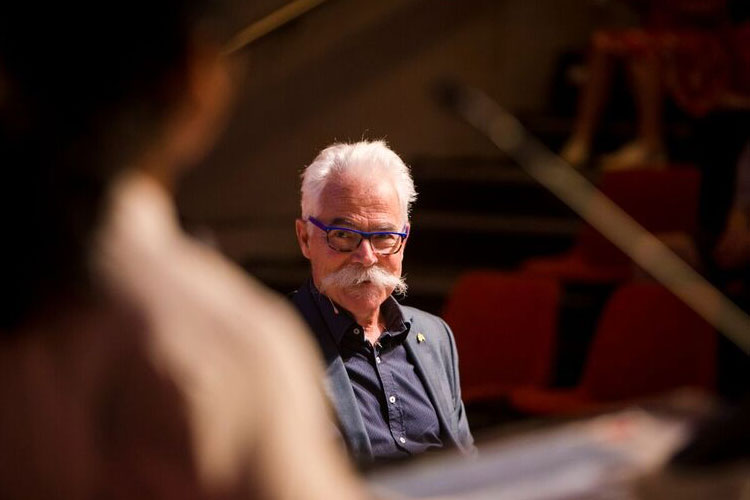 “Professor Mackay-Sim’s work continues to benefit people with spinal cord injuries, multiple sclerosis, motor neurone disease and schizophrenia. He lived an inspiring life, and I offer deep condolences to his family and loved ones.”

A life in science: student Q&A with 2017 Australian of the Year Alan Mackay-Sim

In memory of Professor Mackay-Sim, here is a story the Foundation included in a 2018 edition of our newsletter.

Award winning stem cell scientist Alan Mackay-Sim has had a life filled with curiosity, science, a variety of hobbies, and occasional swearing!

In March 2018. Alan talked with students at the World Science Festival Brisbane. Here are some of the highlights. 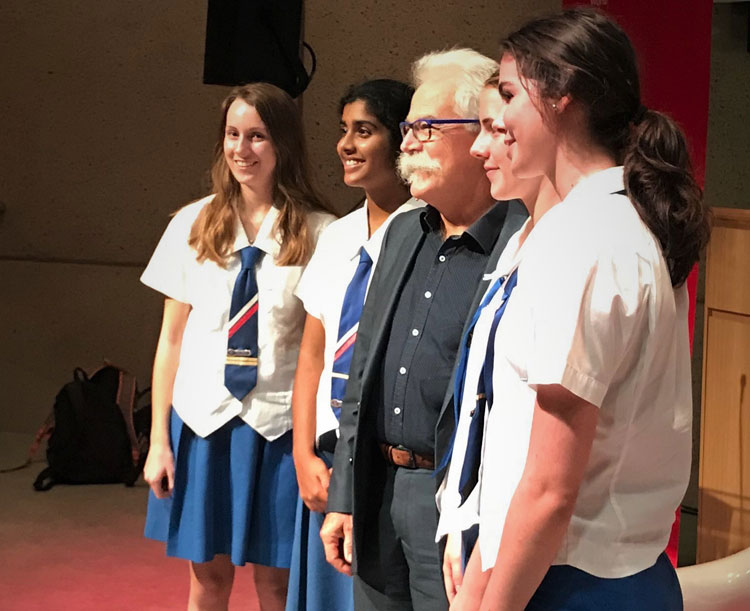 Sanchit (Year 8) How was your school and university life? What were your aspirations and interests as a student?

Alan: I love to learn. From a very early age I wondered how the body works, and how the brain controls the hands to do this, that and the other, and so on. That’s what I did on the academic side. Outside that, I played football, sang in the choir, acted in plays, ran in the athletics carnivals and lapped it all up.

When I got to university I still studied hard, but also danced a lot and listened to a lot of music and enjoyed university life.

Host: If we could interview 5-year-old Alan and ask what he wanted to be when he grew up, what would he have said?

Alan: A fireman. It was when I was 8 or ten that I got interested in the body.

Towards the end of school, I was heavily interested in the brain and I wanted to contribute to people’s health. So, I chose science as a career.

Host: Tell us about the nose cells you’re interested in.

Alan: In the nose we have stem cells. As we breath in, we’re breathing in nasty chemicals, viruses and bacteria. The sensory cells die, partly as a response to protect ourselves, because we have a direct line from the nose to the brain. So, the cells die, and the stem cells are there to replace them.

Olfactory ensheathing cells are made from the stem cells in the nose, and they are the support cells for the nerves. Someone had the idea that maybe those cells could help the nerve cells regrow after being cut in the spinal cord. This turned out to be true.

Claire (Year 10): What did you try before using nose stem cells and how did you think of using them to treat spinal injuries and brain disease?

Alan: We didn’t start trying other things. My interest had always been in the biology of how we smell—the sensory part of the nose, the olfactory organ. It was other people’s research that directed us towards using nose cells. They were using cells from the same nerves from where they enter the brain. We figured that if you want to have a human therapy you have to get the cells from somewhere more accessible than the brain. We were already taking bits out of human noses, so we were in the right place to do this.

Michael (Year 9): Did you encounter any difficulties in your work and how did you overcome them?

Alan: Science is experimental, so there’s always difficulties. You just have to think through it until you get over those technical problems. Sometimes you do the experiment and the answer is not what you expect. You might call that a difficulty. On the other hand, that’s the way science works. Often you get surprised by the answer and that leads you on to something even more interesting. Difficulties are just part of the job. 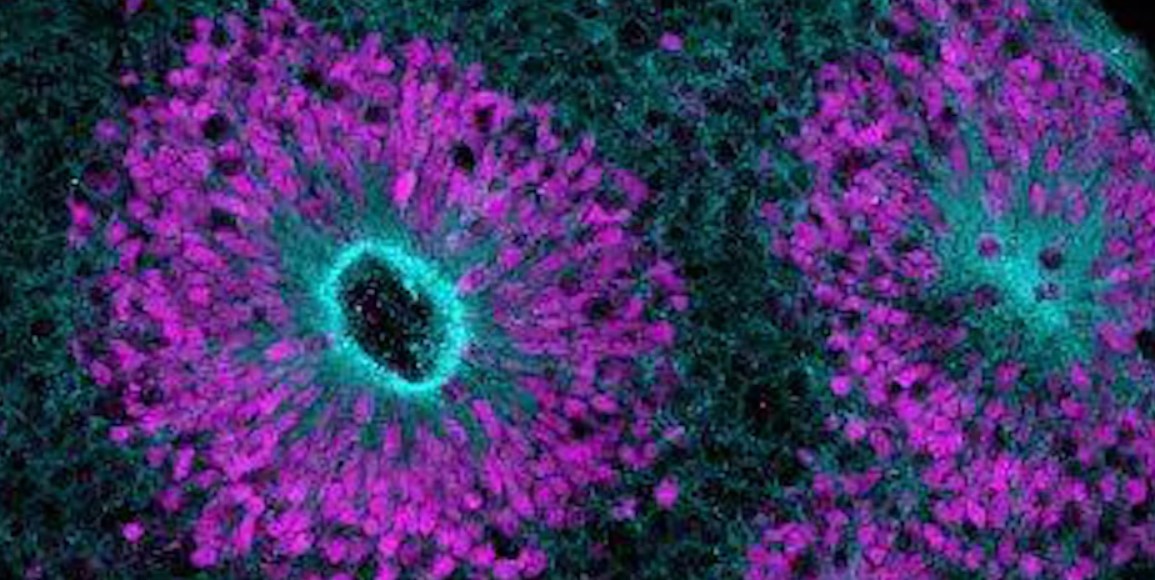 EVENT: Can we engineer immune cells to treat cancer? Or fix a faulty gene?