World first: Model embryos made in the lab from human skin cells

The research was led by Monash University stem cell scientist Professor Jose Polo, who was one of our inaugural Metcalf Prize winners. 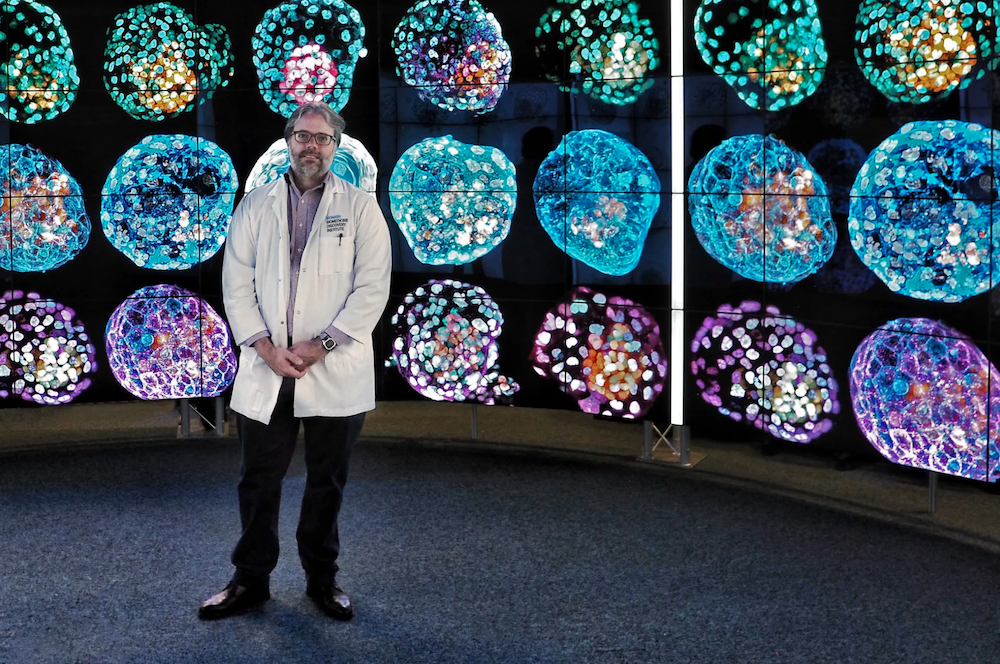 Here is a selection of reporting of the announcement:

“Australian researchers have created “model” human embryos from the skin cells of an adult’s arm, in a world-first scientific breakthrough that raises significant ethical questions.”

Further analysis: The Age: Scientists have created embryos. What does that mean? And what comes next?

“A proper understanding of early human development is crucial if we are to improve assisted reproductive technologies and prevent pregnancy loss and birth defects. However, studying early development is a challenge — few human embryos are available, and research is subject to considerable ethical and legal constraints.”

The Herald Sun: Embryos grown from skin in Australian world-first 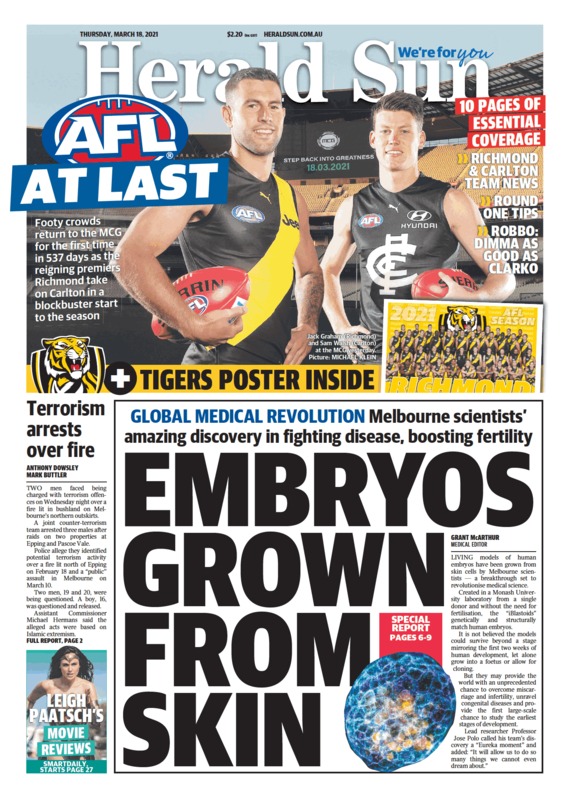 “Melbourne scientists have made an amazing discovery in fighting disease and boosting fertility after a chance research find.

“Living models of human embryos have been grown from skin cells by Melbourne scientists in a breakthrough set to revolutionise medical science.

“Created in a Monash University laboratory from a single donor and without the need for fertilisation, the ‘iBlastoids’ genetically and structurally match human embryos.

“It is not believed the models could survive beyond a stage mirroring the first two weeks of human development, let alone grow into a foetus or allow for cloning.

“… The Melbourne-led breakthrough has also created an ethical and legal minefield, with the National Health and Medical Research Council ruling the reprogrammed skin cells meet the legal definition and must be considered as human embryos.”

Diagram: normal blastocyte development following fertilisation (A) compares with iBlastoid formation in the lab (B). Via Monash University. 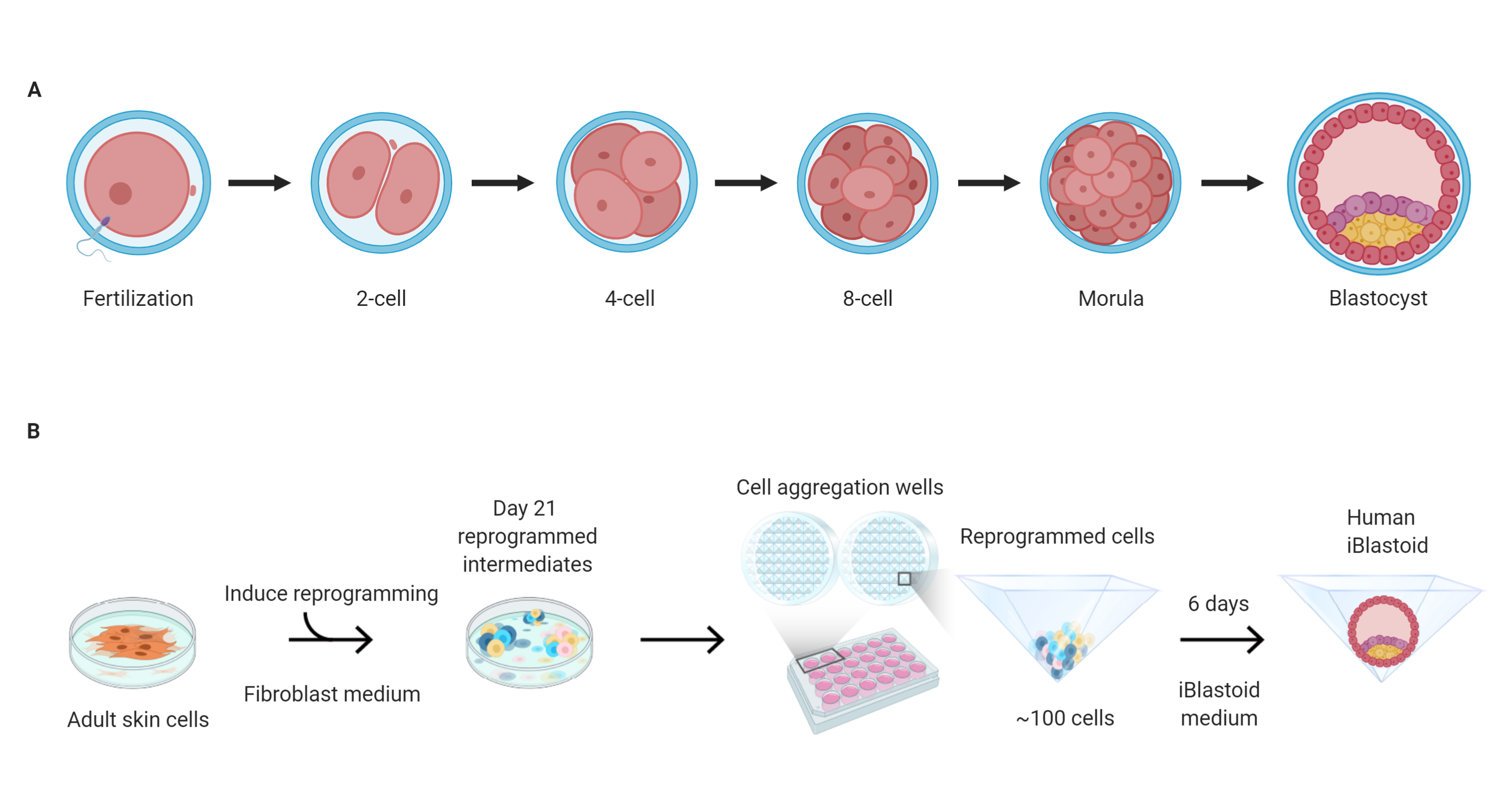 How will we heal damaged hearts in the future?

Do you know a rising star in stem cell research?

New guide: What do people need to know about stem cell treatments?