Heather Lee is analysing individual cancer cells to understand how some survive therapy. Her research ultimately aims to prevent relapse and lift survival rates for leukaemia.

Heather invented a way to study the genetics of individual cells more closely that will help her find out why some cancer cells are treatable, and others go rogue. With her new technique, she can see the chemical ‘flags’ that tell the cell how to interpret its genetic code. At the same time, she can watch how those instructions are—or aren’t—carried out.

Heather and other scientists use the technique to study what makes rogue cancer cells different at a genetic level. 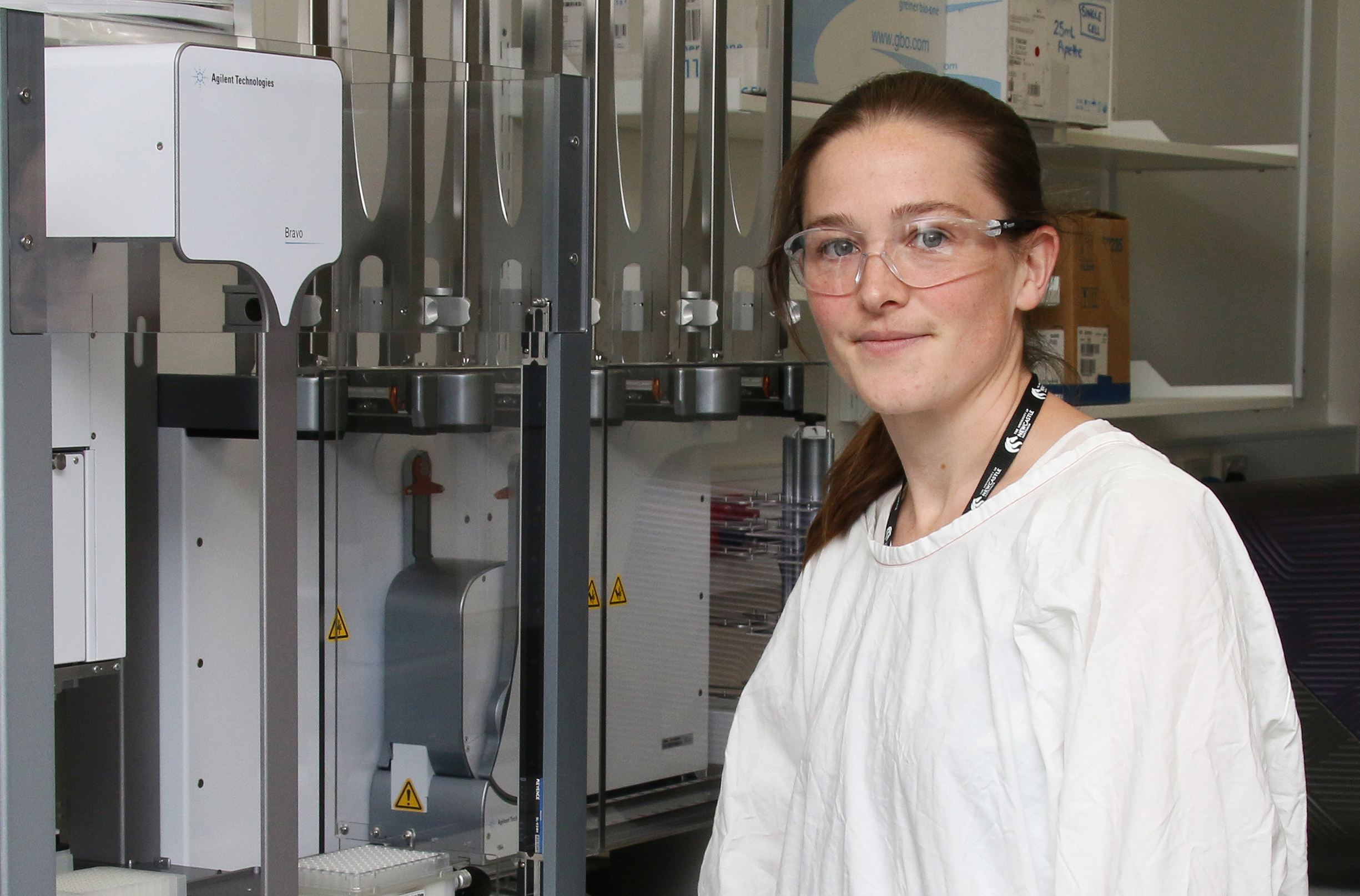 Heather is now studying cells from patients with acute myeloid leukaemia (AML) to see how just a few cells can resist treatment and go on to cause a fatal relapse. She hopes this will lead to new, more effective drug treatments for this devastating disease.

Dr Heather Lee is a Cancer Institute NSW Fellow at Hunter Medical Research Institute and the University of Newcastle.

In recognition of her leadership in stem cell research, Heather Lee has received one of two $50,000 Metcalf Prizes from the National Stem Cell Foundation of Australia.

Each of us starts life as a single stem cell with our own unique genetic blueprint—our genome. And every cell in your body today contains that same encyclopedia-like blueprint.

Heather is interested in the intricacies of how that one set of instructions is used to produce the hundreds of different types of cells in the body. It can involve molecules that act as gene switches, and chemical flags that tell the cell which parts of the genome to read and which to ignore.

Heather started exploring stem cells and genetics during her PhD at UNSW. She studied how stem cells drive breast growth during pregnancy to allow lactation after birth. She found that this process involves rearrangement of the chemical flags that serve as markers on DNA, highlighting the relevant sections of the genetic code.

“These flags, which we call DNA methylation, don’t alter the sequence of the genetic code, but they change how it’s used. It’s really important in specifying different types of cells with different jobs to do. As stem cells moves towards a specialised function they have to acquire these chemical flags to keep doing that specialised function properly.”

Heather went on to study embryonic stem cells at Cambridge in the United Kingdom.

“Embryonic stem cells are the earliest stem cells. They have the ability to become any cell in the body, but they are not uniform,” Heather says.

“They differ from each other quite a lot, in terms of which genes are expressed, which parts of the genetic code are being read. My research focused on these chemical flags and how they contribute to the differences between embryonic stem cells.”

Heather has pioneered a new technique for single-cell sequencing. Previously, sequencing experiments, used to study our genetic material, needed tissue samples of multiple cells for analysis. This meant rare cells couldn’t be studied, and that variations between cells in a sample might go unnoticed.

Single-cell sequencing was a game-changing technique, allowing the genetics of rare and individual cells to be studied in unprecedented detail. While at Cambridge, Heather took single-cell sequencing a step further, developing a new technique to sequence both a single cell’s DNA methylation across its entire genome and its gene expression. This information can reveal genetic mutations and their effects. It’s particularly important in cancer research.

Catching the cancer cells that get away

“There’s quite a bit of evidence to suggest that rare cells that can survive therapy will then cause cancer to regrow,” Heather says.

Certain cancers, like breast cancer and some leukaemias, are known to be driven by cancer stem cell populations. A treatment can appear to have completely wiped out the cancer, but if even a few stem cells survive the cancer can come back.

“Most people diagnosed with breast cancer have good prospects. There are pretty good options for treatment,” Heather says. “But if it comes back after a successful treatment first time around, there are fewer treatment options and the outcomes are much worse.”

Heather returned to Australia to apply her sequencing expertise to tackling cancer at Hunter Medical Research Institute. She’s working on single-cell analysis of cells from patients with AML, an aggressive form of leukaemia.

Each year, more than 1,000 Australians are diagnosed with AML. Sadly, the majority of these people will die from their disease within 5 years.

Heather is studying how AML cells respond to the drugs used in treatment, and working with other scientists and haematologists on testing new drug combinations.

Heather says the Metcalf Prize will allow her to collaborate with other scientists and introduce her new sequencing technique to the Australian research community.

“In five years’ time, I’d like to have some leads we can take into clinical trials, whether that be new drug combinations to target resistant cell populations or new ways to screen patients at risk of relapse. I’m really enjoying working in leukaemia now, where I hope my work will eventually benefit patients.”