About 70 students, dozens of datasets, seven coaches, four judges and one award-winning scientist came together this year for a stem cell hackathon, with teams battling to unearth the best problem-solving idea buried in big data.

The event was held over three days in August at the University of Queensland. 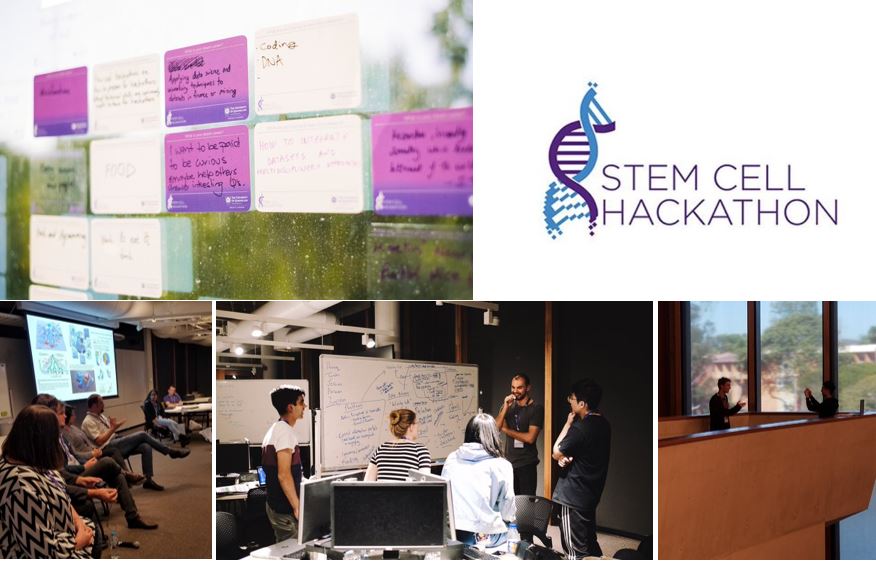 The initiative was the brainchild of Associate Professor Jessica Mar, a computational biologist at Australian Institute for Bioengineering and Nanotechnology (AIBN). It’s something she’s been planning since winning a Metcalf Prize two years ago.

Jessica has seen the rapid increase in both the capability of supercomputing and the sheer volume of genetic and biological data. She wants to equip the next generation of biologists with data and coding skills, and to imbue data scientists with an understanding of biomedical science.

They learnt practical skills from coaches and worked in teams to choose a stem cell related problem and a way to address it using data science. The teams created videos outlining their approach. A panel of judges chose the winners, and more than 200 viewers selected a people’s choice favourite.

“A hackathon is perfect for bringing people together across disciplines and problems,” says Jessica.

“It was risky to allow teams to come up with their own problems to solve or questions to answer, but this allowed them to devise creative ideas and topics they were really invested in.”

The people’s choice award went to a project addressing the shortage of stem cell donors, creating an online tool that helps potential donors get a sense of the difference their donation could make, keeps their contact information up to date and provides details of nearby clinics.

Jessica was delighted with the response, particularly the creativity of the entries and the relationship-building she saw among the participants.

“We had considerable representation from undergraduate students and it was fantastic to see them making substantial contributions during the hackathon, in amongst the postdocs, staff and PhD students.

“In particular, there was one first year undergraduate biology student who came on his own and didn’t know anybody,” she adds. “He was so blown away by the fact that you could do computational science and biology. Seeing how interdisciplinary research works in action is what we wanted our participants, especially the undergraduates, to take away from this hackathon”